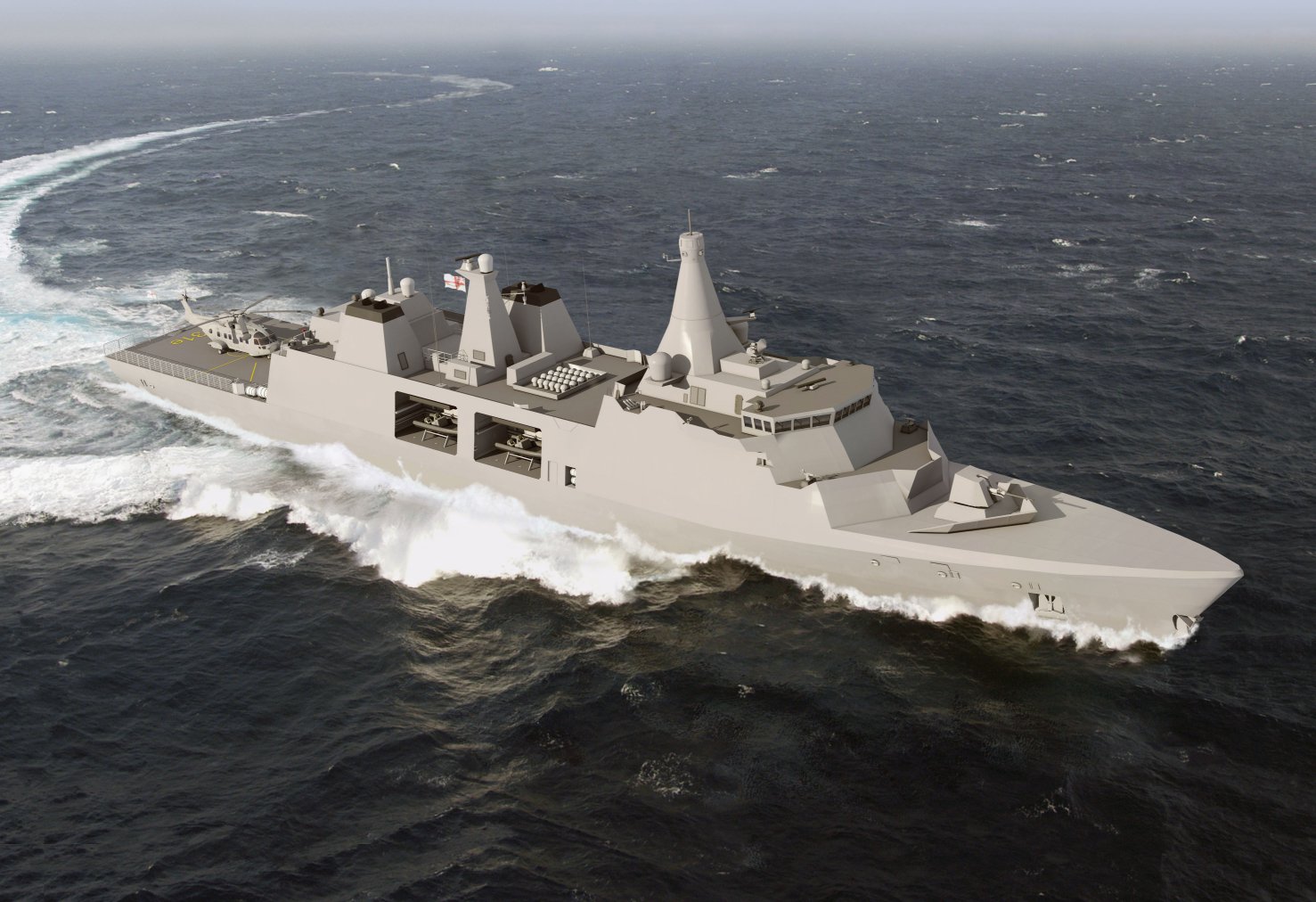 The Arrowhead 140 concept, one of four designs that have been shortlisted in a programme to procure follow-on frigates to the Martadinata class. (Babcock)

Documents and information provided to Janes indicate that the four design options shortlisted are namely an improved variant of the SIGMA 10514 design from Dutch company Damen, the 30FFM class from Japanese shipbuilder Mitsui, the Bergamini (FREMM) class from Italian shipyard Fincantieri, and the Arrowhead 140 concept from a consortium led by Babcock.

Months after the first-of-class was commissioned, then Indonesian National Armed Forces commander, General Gatot Nurmantyo, spearheaded an MOD programme to evaluate the ship’s performance, with a view to expedite the procurement for three follow-on ships. The Martadinata class is intended to be a replacement for the Ahmad Yani (Van Speijk)-class frigates that were transferred to Indonesia from the Netherlands in the 1980s.

The Martadinata-class frigates measure 105.1 m in length, 14 m in breadth, and have a hull draught of 3.7 m. Powered by two diesel engines and two motors in a combined diesel or electric (CODOE) configuration, the warship can attain a top speed of 30 kt, and a standard range of 4,000 n miles at 18 kt. Its weapons include the Leonardo (Oto Melara) 76/62 Super Rapid naval gun, the Rheinmetall Oerlikon 35 mm Millennium Gun, and the VL MICA air defence missile system.

Defence planners at Indonesia’s Ministry of Defence (MOD) have shortlisted four design options in a ...