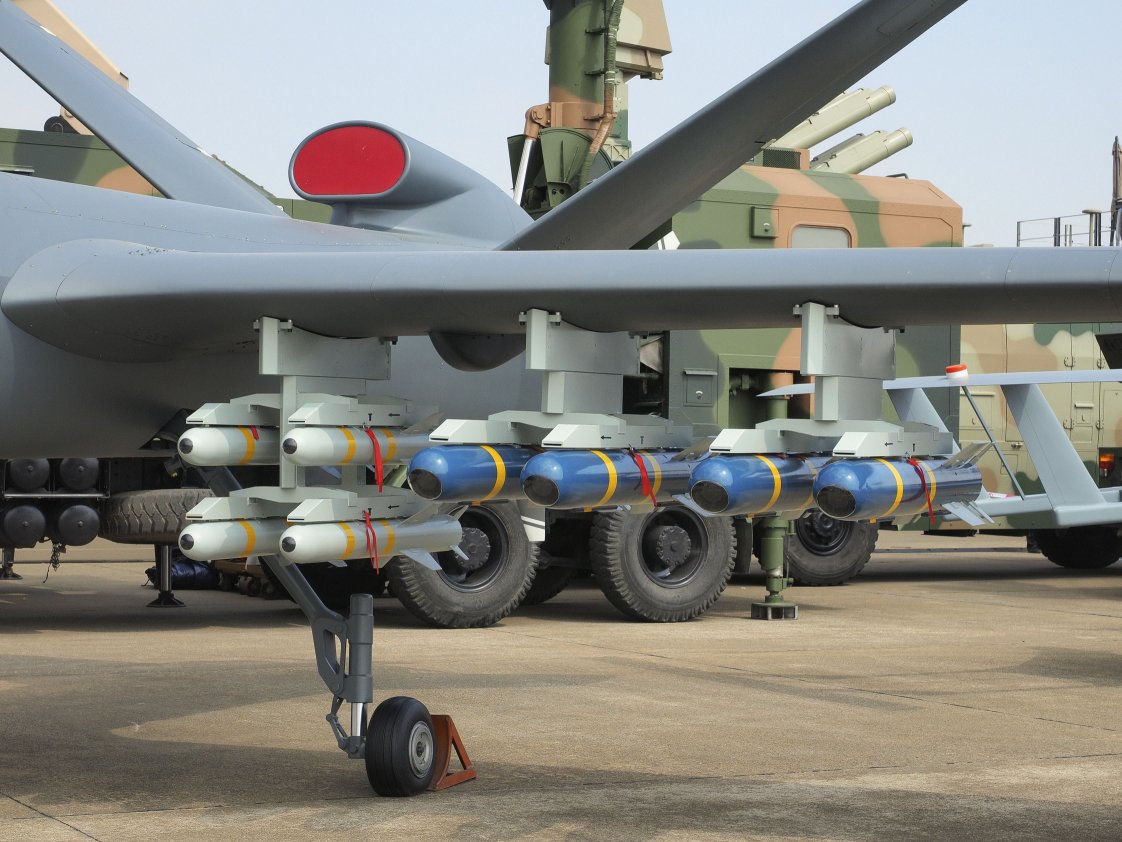 A CH-5 UAV at Airshow China 2016, fitted with four AR-1 (blue) and four AR-2 (white) missiles. The Indonesian Air Force test-fired the AR-1 missiles from its CH-4 UAVs in 2019, and recently took delivery of an initial batch of of AR-2s. (Janes/Kelvin Wong)

Information and images provided to Janes indicate that the weapons, which will be deployed on the Indonesian Air Force’s (Tentara Nasional Indonesia – Angkatan Udara: TNI-AU’s) CH-4 medium-altitude, long-endurance (MALE) unmanned aerial vehicles (UAVs), arrived at the service’s main ammunition depot on the Iswahyudi Air Force Base on 8 April.

These images also indicate that the missiles, which were packed in crates of two projectiles each, were delivered in a shipping container that also included an undisclosed number of pylons and rail launchers.

The AR-2 relies on its inertial guidance system for mid-course updates and on its semi-active laser (SAL) seeker for terminal homing. The weapon can carry a 5 kg armour-piercing warhead and has a maximum range of about 8 km.

The TNI-AU currently operates a fleet of six CH-4 UAVs, the first two of which made their public debut in October 2019. The CH-4 variant supplied to Indonesia has an operating radius of between 1,500 km and 2,000 km and can be operated via satellite link.

The TNI-AU’s CH-4s were also seen armed with the larger AR-1 missiles during a 2019 exercise in East Java, Indonesia.

The Indonesian military has received its first batch of Chinese-made AR-2 air-to-surface, precision-...