Officials from Indonesia’s defence ministry are in discussions with a consortium led by French shipbuilder Naval Group for a possible order of the Riachuelo (Modified Scorpene)-class submarine, separate industry sources close to the talks have confirmed with Janes . 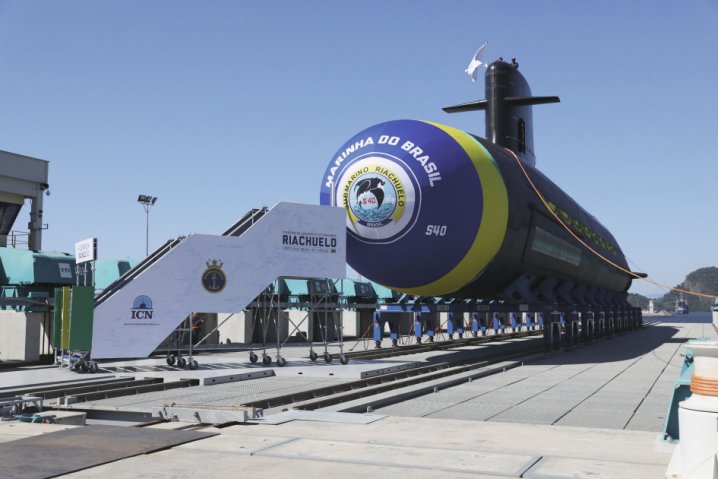 Brazil’s first Riachuelo-class submarine, seen here prior to its launch in 2018. Indonesia is studying a variant of the class for its naval requirements. (Naval Group)

The discussion is the latest development in what has been a series of sporadic talks between Indonesian defence planners and Naval Group since 2016, when Jakarta first indicated its interest in the Scorpene 1000 vessel type for its naval requirements.

Due diligence specifically for the Riachuelo class began after a variant of the submarine type was suggested by Naval Group as being suitable for Indonesia’s requirements, said one of the industry sources.

Besides technical discussions, the talks with Naval Group and its consortium also touched upon financing options and opportunities for technology transfer agreements between French and Indonesian defence companies, the source added.

The Riachuelo class is a 1,800-tonne submarine type, four of which were ordered for the Brazilian Navy in 2009. The first-of-class was launched by Naval Group in December 2018, while the final boat is scheduled to enter the water in 2022.

The submarine has an overall length of 75 m, an overall beam of 6.2 m, and can accommodate a crew of 31, including six officers. It is capable of deploying F21 heavyweight torpedoes and MBDA Exocet SM39 Block 2 Mod 2 missiles via 533 mm tubes, and is capable of diving up to 350 m.

Officials from Indonesia’s defence ministry are in discussions with a consortium led by French shipb...