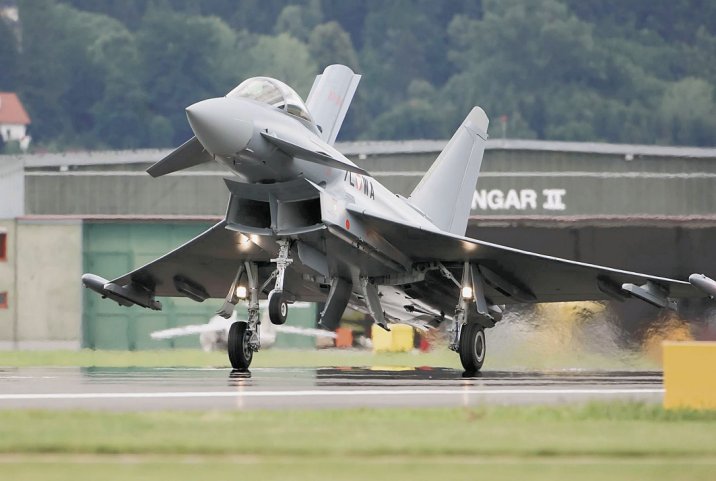 Austria’s first Typhoon, which landed in the country in 2007. (Austrian Air Force)

The Austrian Air Force operates a fleet of 15 Typhoons, which achieved operational capability in mid-2008.

“To achieve my target to modernising [sic] the Indonesian Air Force, I would, therefore, like to propose to enter into official deliberations with you, your excellency, on purchasing all 15 Eurofighter Typhoon from Austria for the air force of the Republic of Indonesia,” said Prabowo in his letter dated 10 July.

In the letter, a copy of which was sent electronically to Janes on 19 July, the Indonesian defence minister also alluded to apparent service issues faced by the Austrian Air Force on its Typhoons.

Since entering service, budgetary constraints have limited usage of the aircraft use to just 1,500 hours per year across all airframes. As such, Austrian Typhoon pilots fly just 70–80 flight hours annually, instead of the planned 110 hours. The NATO standard for combat pilots is 180 flight hours per year, according to Janes All the World’s Aircraft.