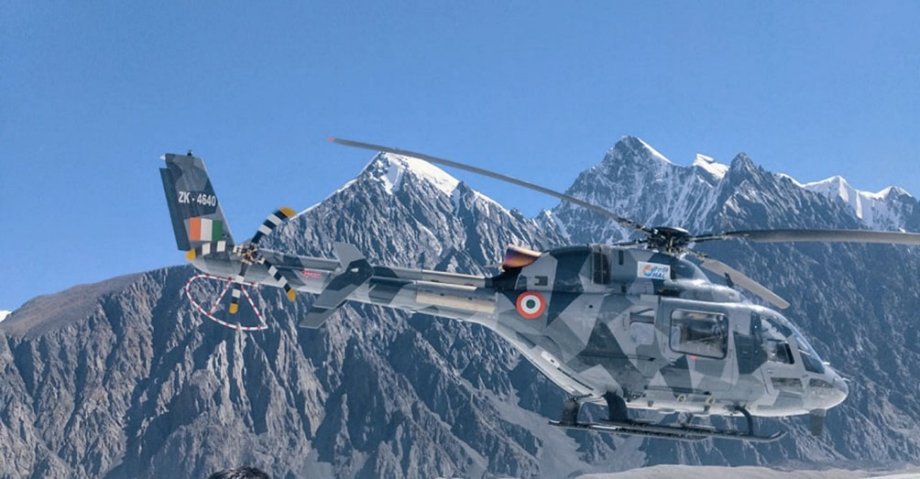 India’s HAL announced on 9 September that its LHU recently demonstrated its capability to operate at high altitudes after successfully completing a number of trials in the Himalayas. (HAL)

The company said in a statement that a comprehensive test plan that included “envelope expansion, performance, and flying qualities” in temperatures up to +32°C was carried out at Leh, which is about 3,300 m above sea level.

It also said the LUH demonstrated its “hot and high hover performance” at the Daulat Beg Oldie Advanced Landing Ground, which is about 5,000 m above sea level.

The platform also validated its payload capability at high altitudes during tests carried out at the 5,400 m-high Siachen Glacier, said HAL, adding that pilots landed the helicopter at the highest helipads of Amar and Sonam.

Both Leh and the Daulat Beg Oldie are located in India’s Ladakh region, relatively close to the Line of Actual Control (LoAC) between India and China. Since May this year the militaries of both countries have been in a standoff over the disputed border.

Under development since 2008, the 3.15 tonne LUH is intended to replace the licence-built Cheetah and Chetak helicopters that have been operated by the Army Aviation Corps (AAC) and the Indian Air Force (IAF) since the 1960s.

HAL said that it has a confirmed an order for 197 LUHs – 133 for the AAC and 64 for the IAF – which are to be built at the company’s special helicopter manufacturing facility at Tumakuru, 74 km north of Bangalore.

The US Air Force (USAF) should better engage with the Pentagon on its Future Vertical Lift (FVL) nex...

L3 Technologies and AVX Aircraft are teaming for the first time to offer a compound coaxial helicopt...