The Indian Navy (IN) commissioned its fourth and final anti-submarine warfare (ASW)-capable Kamorta (Project 28)-class corvette in a ceremony held on 22 October at the Naval Dockyard in Visakhapatnam. 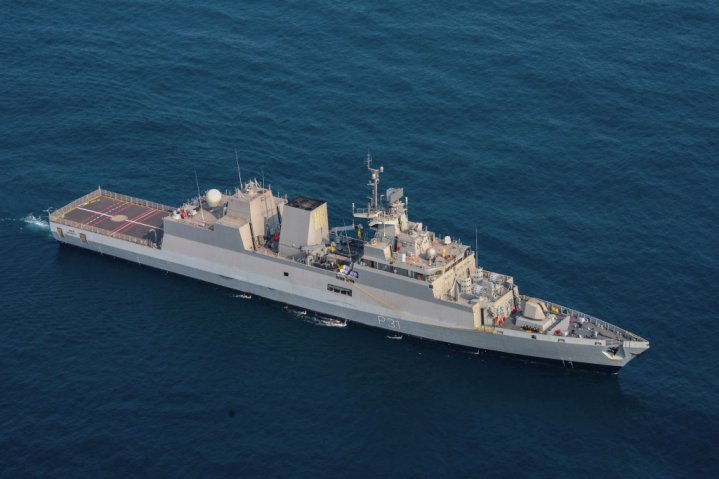 On 22 October the Indian Navy commissioned INS Kavaratti , the fourth and final Kamorta-class corvette on order for the service, in a ceremony held at the Naval Dockyard, in Visakhapatnam. This image shows the corvette during sea trials (Indian Navy)

Named INS Kavaratti (pennant number P 31), the 109.2 m-long vessel, designed by the Directorate of Naval Design (DND) in New Delhi and built by the state-owned Garden Reach Shipbuilders & Engineers (GRSE) in Kolkata, incorporates stealth features in its design as well as 90% indigenous content, including the use of carbon composites.

The IN said in a statement that the corvette, which has an overall beam of 12.8 m and is capable of achieving speeds up to 25 kt, was commissioned as a ‘combat-ready’ platform following the completion of sea trials.

Among other things, the Kamorta class is equipped with two licence-built RBU-6000 anti-submarine rocket launchers, one Oto Melara 76 mm/62 Super Rapid gun, and four Larsen & Toubro indigenous twin torpedo launchers for the locally designed Varunastra torpedoes, which have a stated range of up to 40 km.

The Indian Navy (IN) commissioned its fourth and final anti-submarine warfare (ASW)-capable Kamorta ...