India’s Ministry of Defence (MoD) has concluded negotiations with the state-owned Ordnance Factory Board (OFB) to acquire 118 units of the indigenously developed Arjun Mk1A main battle tank (MBT) for the Indian Army (IA) for an estimated INR66 billion (USD888.7 million).

Official sources told Jane’s on 18 March that an “order of intent” will be placed “imminently” by the MoD with the OFB’s Heavy Vehicles Factory (HVF) at Avadi in southern India for this upgraded variant of the Arjun, which features 72 improvements, including 14 major ones, over the Mk 1 model. 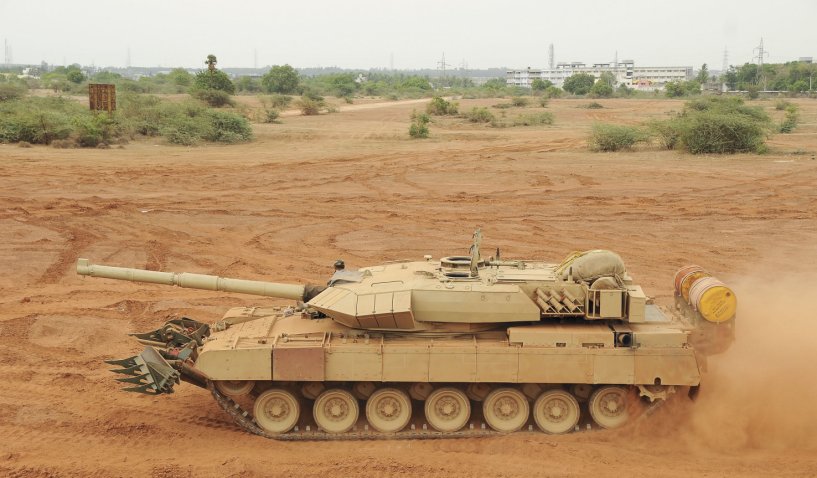 This image shows the Arjun Mk 2 MBT, which is currently under development. The Mk 1A variant, for which price negotiations have recently concluded, is an interim step between this and the original Mk 1. It is understood that the Mk 1A incorporates some of the Mk 2 improvements, including mine ploughs and additional ERA. (DRDO)

The impending order will also feature a two-year engineering and support package that will include maintenance, spares and simulator training for the tank crews.

Deliveries are expected to begin within 30 months of the contract being signed and be completed within four to five years, OFB officials told Janes .

Once inducted, the upgraded Arjun Mk 1As, which were approved for procurement by the IA in late 2018 following validation trials, will supplement 124 Arjun Mk 1s that joined the service from 2004 onwards.

Engineers at the DRDO’s Chennai-based Combat Vehicles Research and Development Establishment (CVRDE), which designed the Arjun, said the Mk 1A’s enhancements include advanced thermal-imaging sights for night-time fighting, improved navigation systems, a digital control harness and a mine plough.

India’s Ministry of Defence (MoD) has concluded negotiations with the state-owned Ordnance Factory B...