Official sources told Janes on 15 February that the lease for the unarmed UAVs was signed around mid-January under the ‘emergency powers’ granted by India’s federal government to the military chiefs in June 2020 as part of efforts to speed up the acquisition of materiel needed to overcome equipment shortfalls amid the ongoing military tensions with China. 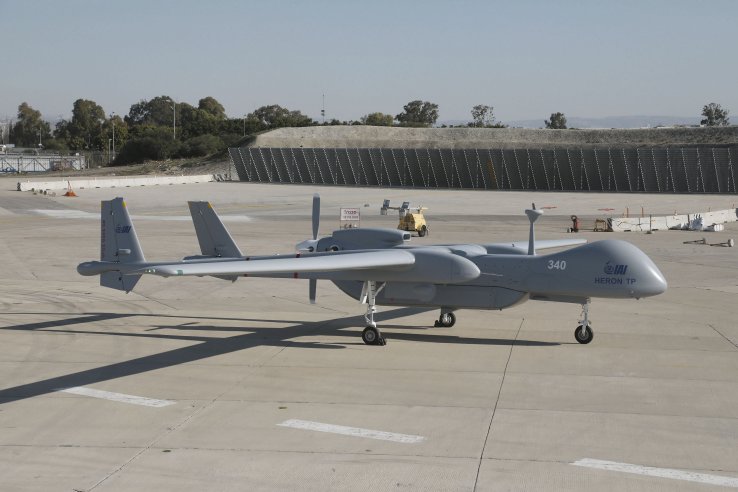 The Indian Army has leased for Heron UAVs from Israel (similar to this one) for potential deployment near India’s disputed border with China in the Himalayas. (IAI)

The IA and India’s Ministry of Defence (MoD) declined to comment on the lease for security reasons.

Industry sources said that the lease period is three years, with the proviso of extending it by another two years.

The lease of military equipment by India was formally permitted under provisions incorporated in the Defence Acquisition Procedure 2020 (DAP 2020), which was released in September of that year.

Meanwhile, the IA’s recently leased UAVs will supplement around 90 Herons – fitted with high-resolution surveillance cameras and signals intelligence equipment – that have been in service with India’s military since the late 1990s. Of these, 75-odd are operated by the Indian Air Force (IAF), 10 by the IA, and the remaining five by the Indian Navy (IN).