The five twin-engined fighters – three single-seat and two twin-seat aircraft –, which had arrived in India from France on 29 July, entered service with the IAF’s No 17 ‘Golden Arrow’ Squadron on 10 September in a ceremony held at Ambala Air Force Station (AFS) in northern India. The ceremony was attended by Indian Defence Minister Rajnath Singh and his French counterpart, Florence Parly, among others. 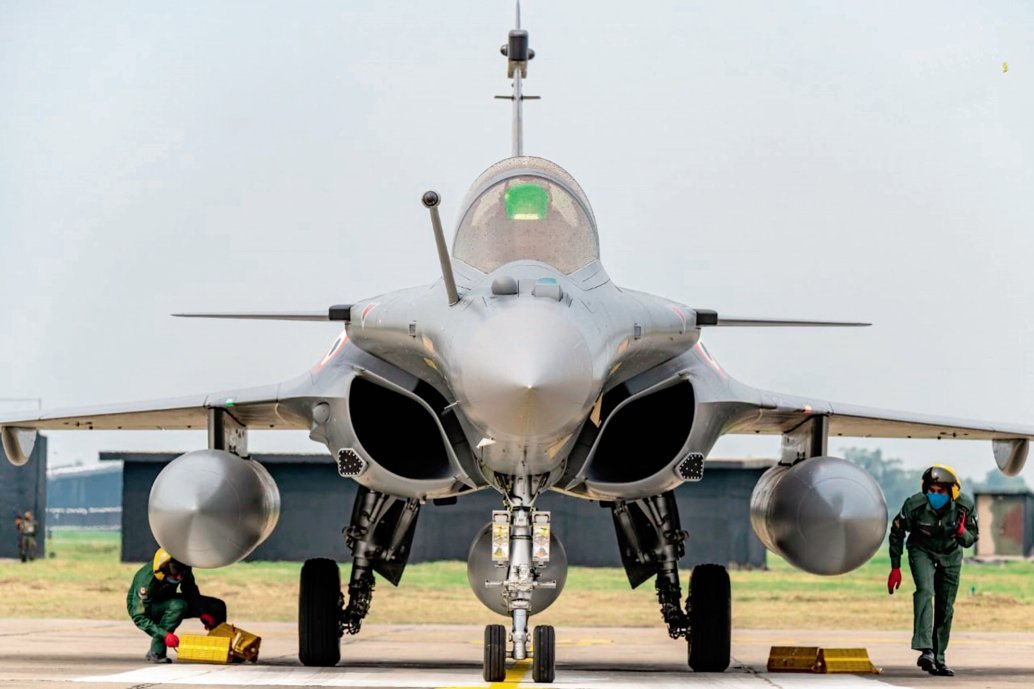 One of the five Rafale fighters that arrived at Ambala AFS in northern India on 29 July. These aircraft were formally inducted into the IAF’s No 17 ‘Golden Arrow’ Squadron in a ceremony held on 10 September. (IAF)

Four additional Rafales are expected to arrive at Ambala AFS in October, with the remaining nine aircraft required to complete the squadron of 18 fighters scheduled for delivery by mid-2021, according to official sources.

Thereafter, deliveries will begin for the second Rafale squadron, which will be stationed at Hasimara AFS close to India’s disputed border with China. This squadron will also comprise 18 fighters, deliveries of which are expected to be completed by late 2022.

“The Rafale induction has come at an apt time when a tense situation has been created at our borders,” said Singh referring to the country’s ongoing military tensions with China along the disputed Line of Actual Control (LoAC) in the Himalayas.