India has begun reinforcing its defences along its north-eastern border with China as military tensions between the nuclear-armed neighbours continue in the Himalayas, despite a recently agreed ‘disengagement’ of Indian and Chinese troops in the north-western Ladakh region.

Official sources told Janes on 18 February that the IA aims to bolster and restructure its formations in the country’s northeast over the next three months by moving them closer to the disputed Line of Actual Control (LoAC) and raising an additional armoured brigade in Sikkim State.

The proposed brigade, which is set to comprise a combined total of about 140 licence-built T-72M1 ‘Ajeya’ and T-90S ‘Bhishma’ main battle tanks (MBTs), will supplement the one current deployed across north and east Sikkim. 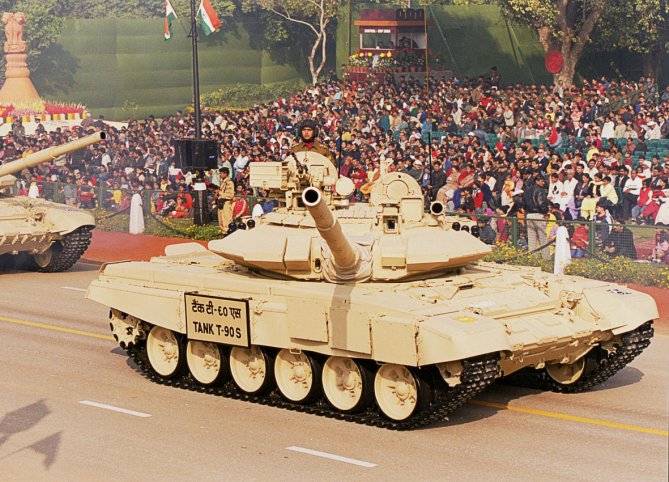 India has begun bolstering its defences along its north-eastern border with India. To this end the formation of an additional armoured brigade has also been proposed. The unit is set to comprise a combined total of 140 licence-built T-72M1 ‘Ajeya’ and T-90S ‘Bhishma’ (similar to his one) MBTs. (Indian MoD)

The new brigade is expected to be operate near the Doklam (also known as Droklam or Donglang) tri-junction where the Indian Army (IA) and China’s People’s Liberation Army (PLA) were locked in a 73-day standoff in 2017. The disputed borders between China, India and the Himalayan kingdom of Bhutan lie in this area.

The reinforcement strategy will also include re-deploying to the area about 20 of the 46 paramilitary Assam Rifles (AR) battalions that are currently on counter-insurgency operations and assigned to guard India’s border with Myanmar.