In a parliamentary reply, Bhatt said the figure represents 64% of total defence capital acquisition funding for 2021–22, which he said totalled INR1.11 trillion. He added that in the past three fiscal years the MoD has signed 102 capital procurement contracts with Indian defence companies. 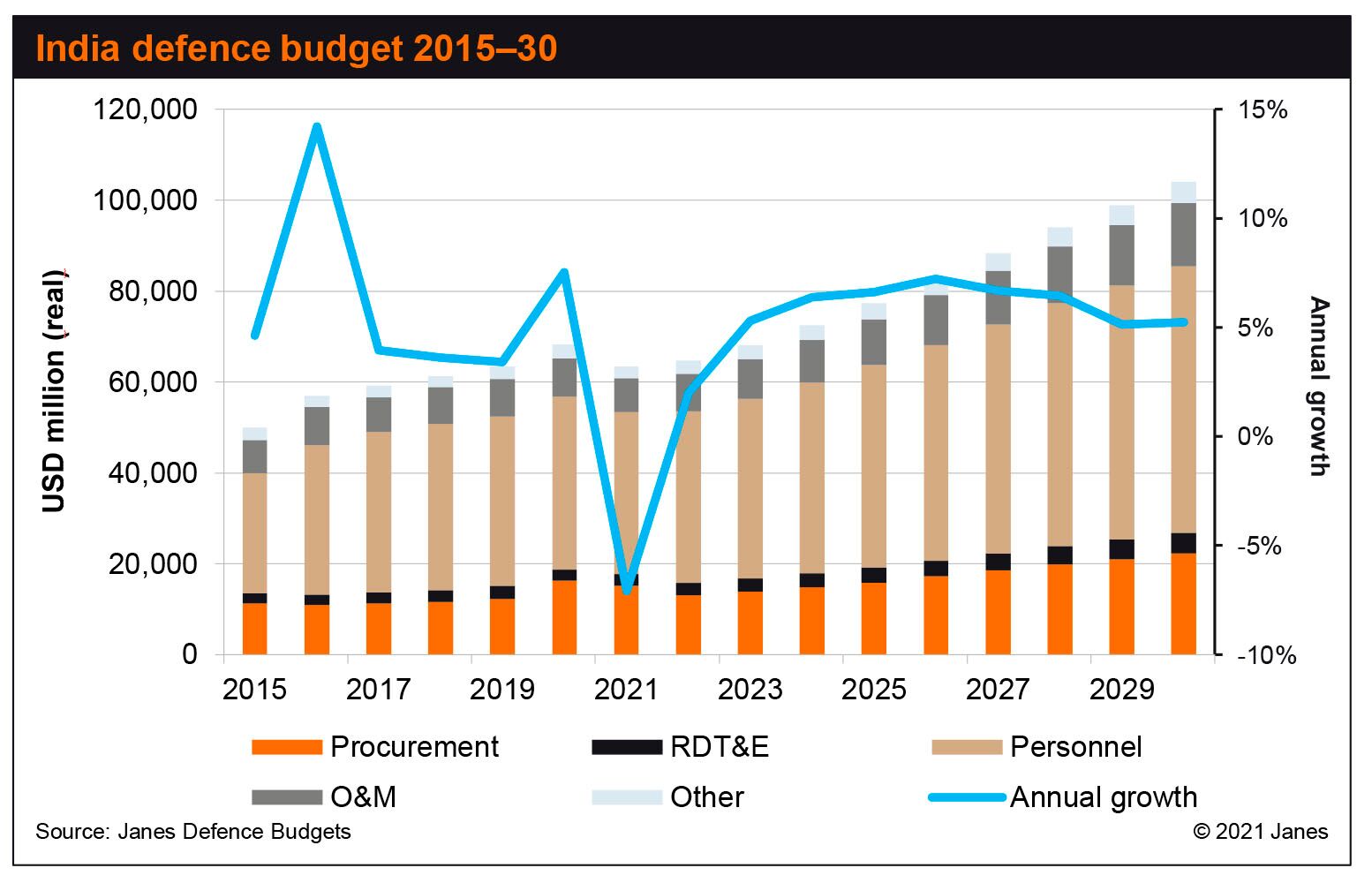 In another reply, Bhatt said that since FY 2018-19 the MoD had approved 119 defence procurement contracts worth INR2.15 trillion. He indicated that the majority of these contracts supported domestic manufacturing programmes.

Bhatt said that India's emphasis on boosting local defence production had been bolstered by the issuance of two ‘indigenisation lists' since August 2020. These lists contain 209 military platforms, items, and related systems that will be progressively sourced from local manufacturers over a four-year period starting this year.

Further import substitution efforts, said Bhatt, have been channelled through the MoD's ‘Srijan' web portal, which was launched in August 2020 to identify opportunities for local companies to manufacture products that are currently provided by overseas suppliers.

Bhatt said that since its launch the portal had identified nearly 11,000 imported defence items for local production. He added that local firms had expressed interest in producing about 28% of these items and that Indian state-owned enterprises are currently engaging with the firms to support local production.