Images released by North Korea’s state-run media show that the country appears to have tested on 25 March a new type of short-range ballistic missile (SRBM) system that was first showcased by Pyongyang during its 14 January military parade.

The tactical, road-mobile system, which was shown test-launching a new SRBM type from a five-axle transporter-erector-launcher (TEL) vehicle, was described by the Korean Central News Agency (KCNA) on 26 March as a newly developed guided-weapon system armed with missiles carrying a larger 2.5-ton warhead and featuring “core technologies” already seen in the previously developed “tactical guided projectile”.

The KCNA noted in its report that the two SRBMs North Korea launched the previous day into the East Sea (also known as Sea of Japan) “accurately hit the target set in the waters 600 kilometers off the east coast of Korea”. 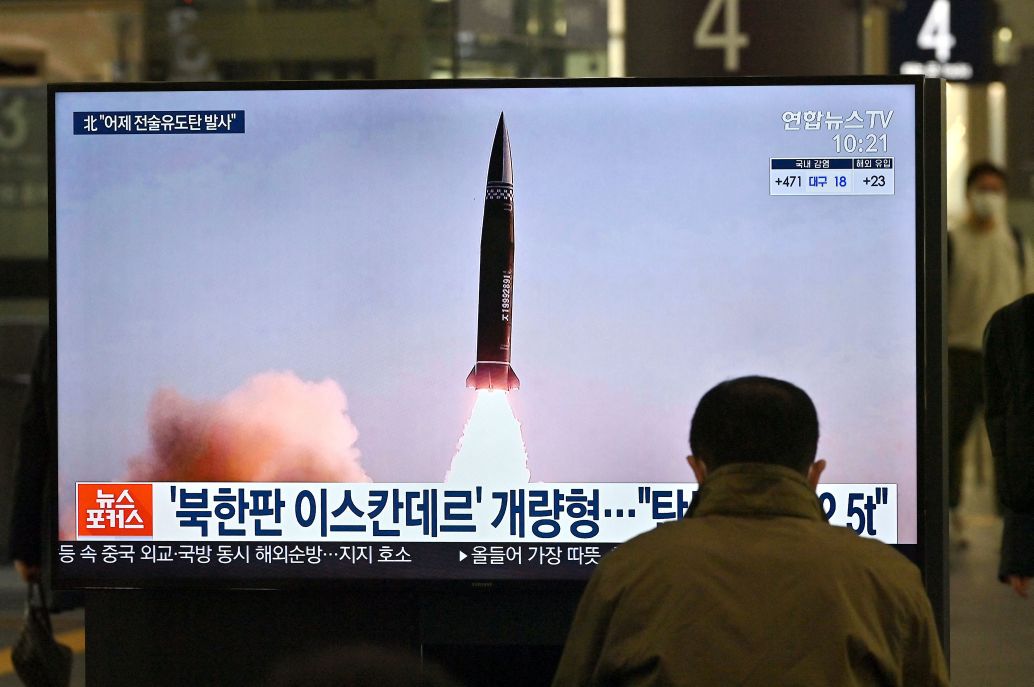 News footage of North Korea’s latest SRBM test launch shown on a TV screen at Suseo railway station in Seoul on 26 March. Pyongyang appears to have test-fired the previous day an SRBM type that it first showcased on 14 January. (Jung Yeon-je/AFP via Getty Images)

The state-run media outlet also stated that the “reliability of the improved version of [the] solid-fuel engine [powering the SRBM] was confirmed through several engine ground jet tests and their test-firing processes”. It also said that the recent test-firing confirmed the “irregular orbit features of [the] low-altitude, gliding leap-type flight mode already applied to other guided projectiles”.

The KCNA referred to the development of the new SRBM system – the designation of which has yet to be disclosed – as being “of great significance in bolstering up the military power of the country and deterring all sorts of military threats existing on the Korean Peninsula”.