According to Arquus, the new brand will be served by a dedicated Hornet Business Unit that “is going to develop its own international operations”.

The Hornet family of RWSs is in volume production at the Arquus facility at Marolles-en-Hurpoix for the French Army, which has so far ordered 1,700 units, more than 200 of which have been delivered to the Nexter AFV production facility at Roanne.

The first application is the Griffon 6×6 armoured personnel carrier (APC) deployed by the French Army, followed by the Serval 4×4, with both replacing the legacy Arquus Vehicule de l’Avant Blinde (VAB) APC.

Jean Boy, manager of the Hornet Business Unit, said, “We currently have pending offers for our [export] Hornet RWS but no formal contracts have been signed.” 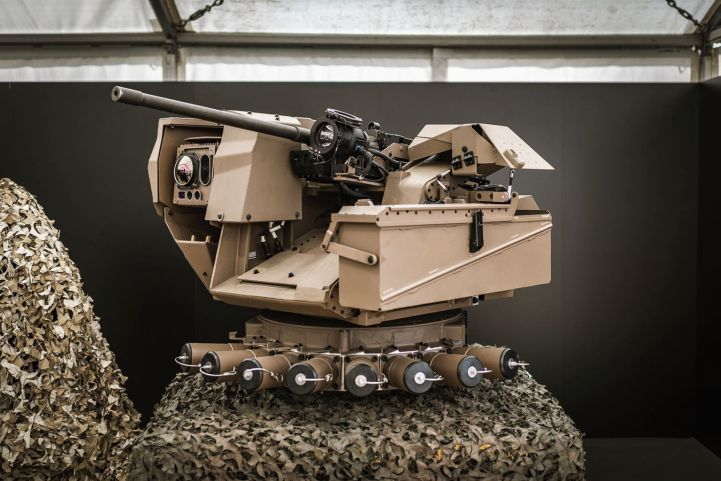 The standard Hornet (designated the T1 by the French Army) is normally armed with a two-axis stabilised 0.50 calibre M2 HB machine gun (MG) with alternative weapons including a 7.62 mm FNH MAG MG or a Heckler and Koch 40 mm grenade MG. These are fed from the left, with the 0.50 calibre M2 HB MG having 300 rounds of ready-use ammunition.