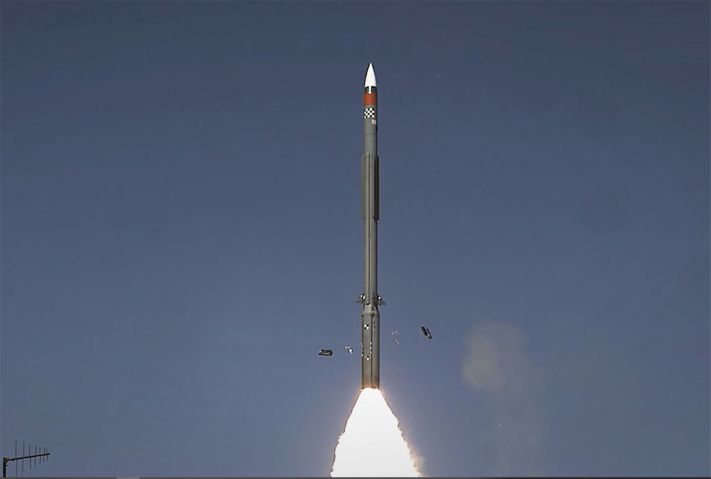 A Barak ER is launched during a test. (Israel Aerospace Industries)

The ships are being built in Germany, with the first, INS Magen, having arrived in Haifa on 2 December 2020, where it is being fitted with its Israeli-made systems, including the ELM-2248 radar.

“We have already adapted the radar to the ship and we have a plan to adapt the remaining parts. What we usually do is start by building the radar on the ship, check it, and then build the launcher at the end because we have to deal with the ship structure,” Levysaid.

Also known as the Barak 8, IAI has developed the missile into a family that includes the MRAD (35 km range), LRAD (70 km), and ER (150 km) versions that can be used with either land or naval air-defence systems.

The Israeli Navy has opted for the LRAD but could upgrade to the Barak ER, which has a booster that extends its range to 150 km, according to Levy. He added that the Barak can now engage ballistic missiles as well as aircraft and cruise missiles.

On the same day, IAI announced the completion of successful live-fire trials that included a production-line Barak ER being launched from a ground-based system against an “assaulting ballistic target”. It added that it has now begun the Barak ER customer delivery process.