South Korean company Hyundai Rotem announced on 29 September that it has secured a KRW407.7 billion (USD348.6 million) contract for the production of a third batch of K806 and K808 wheeled armoured combat vehicles for the Republic of Korea Army (RoKA).

Awarded by the country’s Defense Acquisition Program Administration (DAPA), the contract requires deliveries to be completed by 2023, said the company in a statement without revealing the number of vehicles ordered. 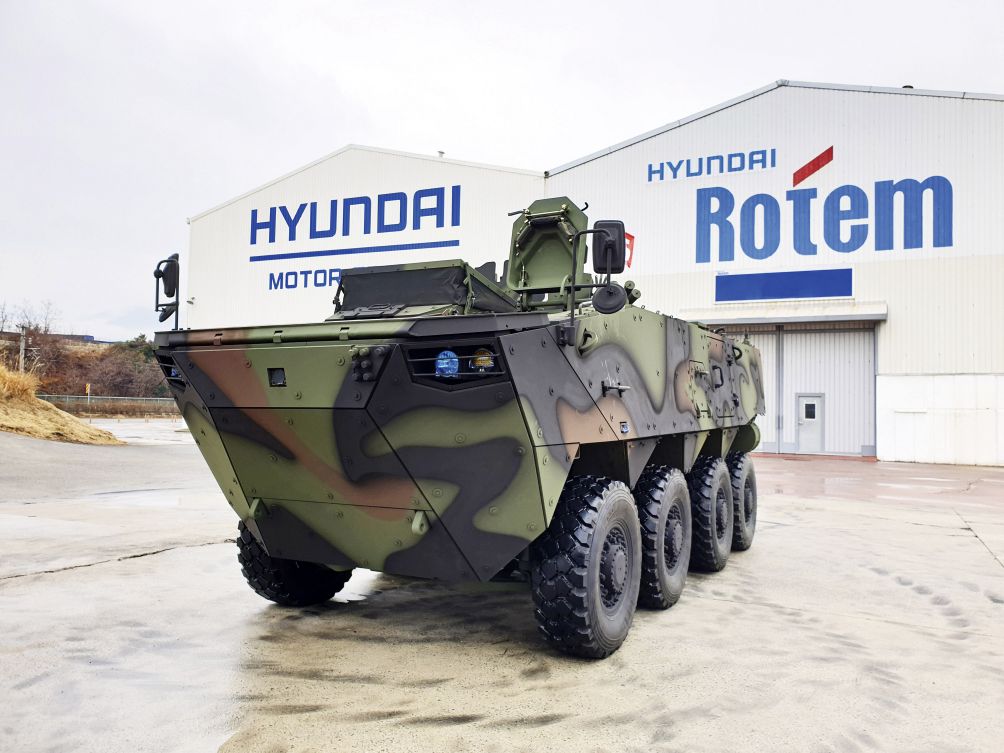 A K808 armoured combat vehicle. Hyundai Rotem announced on 29 September that it has secured an order for a third batch of K806 and K808 vehicles for the RoKA. (Hyundai Rotem)

Although no information has been disclosed about the number of platforms the company is under contract to build for the RoKA, Janes reported in September 2016 that the service has a total requirement for about 100 16-tonne 6×6 K806 vehicles and 500 20-tonne 8×8 K808s.

Hyundai Rotem is thought to have capacity to build about 100 of these vehicles a year, which are expected to be outfitted with a one-person protected weapon station armed with an M2 HB machine gun.

As Janes previously reported, the K806 and K808 share many of the same performance characteristics. According to specifications supplied by the manufacturer, the vehicles are powered by a 420 hp Hyundai Motor Company diesel engine that provides a maximum road speed of 100 km/h via a seven-speed automatic transmission.

South Korean company Hyundai Rotem announced on 29 September that it has secured a KRW407.7 billion ...