An unmanned aerial vehicle (UAV) operated by Yemen’s Ansar Allah rebel group (popularly known as the Houthis) has penetrated more than 120 km into Saudi airspace to film a desalination plant on the kingdom’s Red Sea coast. 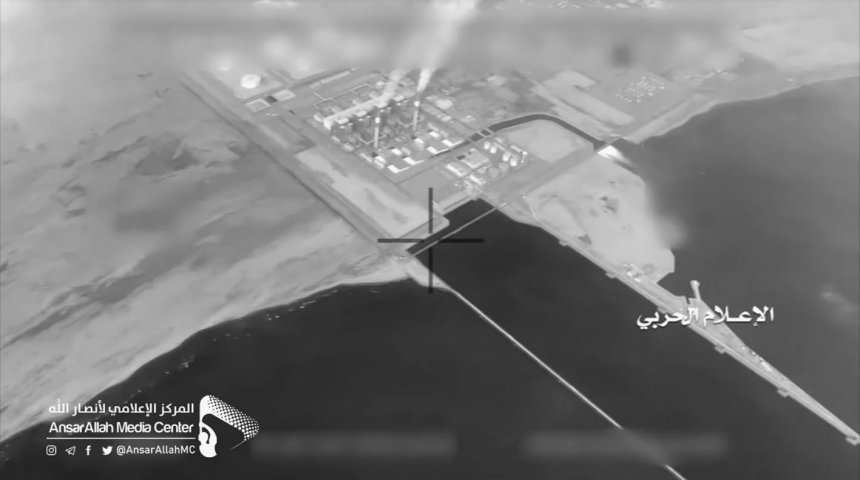 The confirmation of the flight came in the form of aerial footage that was shown by Ansar Allah military spokesman Brigadier Yahya Sari during a 16 March press conference. It clearly showed the Al-Shuqaiq water desalination and powerplant and appeared to be filmed by a UAV equipped with a surveillance payload that can be controlled by operators on the ground rather than one that flies autonomous reconnaissance missions to take images over pre-programmed co-ordinates.

Colonel Turki al-Maliki, the spokesman for the Saudi-led coalition fighting Ansar Allah, displayed in January a photograph of what he said was an Iranian Shahed UAV that was shot down in Yemen. The US government has previously stated that components for Iranian Shahed-123 UAVs – a type capable of carrying out man-in-the-loop missions – were interdicted in Yemen in January 2018.

The Al-Shuqaiq plant is 126 km from rebel-controlled territory in northern Yemen. The closest known Royal Saudi Air Defence Forces (RSADF) asset is a Patriot battery located just north of the Red Sea coastal city of Jizan, 90 km southeast of the Al-Shuqaiq plant and orientated to intercept targets coming from the opposite direction.