The event was the culmination of three rounds of AI algorithms created by various contractors controlling simulated Lockheed Martin F-16 Fighting Falcons in aerial combat. The first round had the eight teams flying their algorithms against five adversary AI algorithms developed by the Johns Hopkins University Applied Physics Laboratory (APL). 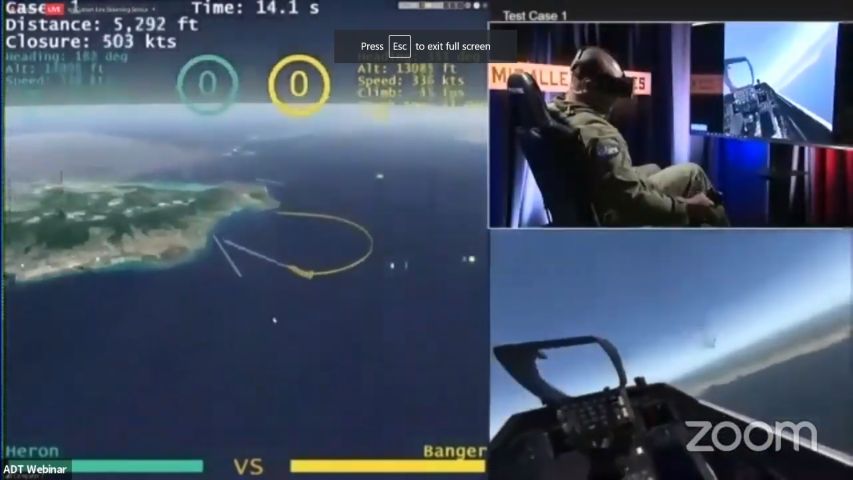 Screenshot of the DARPA AlphaDogfight Trial final round between a Heron Systems AI algorithm and a human pilot using a F-16 simulator on 20 August 2020. (DARPA)

Teams flew against each other in a round-robin tournament in the second round. In the third round, the top four teams competed in a single-elimination tournament for the right to fly against the human pilot.

An artificial intelligence (AI) algorithm created by Heron Systems defeated a human US Air Force (US...