Hanwha Defense Australia announced on 16 March that it has achieved the integration of two Israeli-made systems with its new Redback infantry fighting vehicle (IFV).

The company said in a statement that integration of the Elbit Systems’ Iron Fist active protection system (APS) with the Redback was successfully demonstrated in late 2020, while several Spike LR2 anti-tank guided missiles – made by Rafael Advanced Defense Systems – were successfully test-fired from the IFV in early February.

The company said that both tests, which it referred to as “key milestones in the validation of the Redback’s offensive and defensive protection systems”, were conducted in Israel. 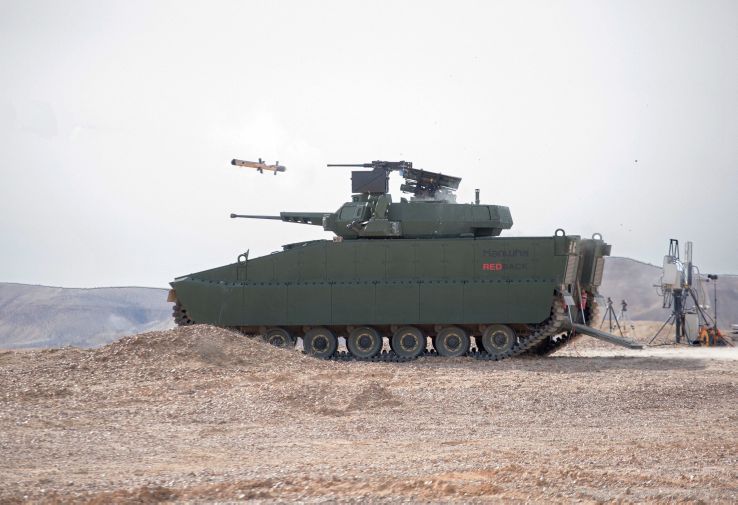 The main armament options of the T2000 range from a 25 mm to a 50 mm cannon, a 7.62 or 5.56 mm co-axial machine gun, an integrated, shock-isolated pop-up launcher that can deploy a single Javelin or two Spike LR2 anti-tank missiles, and an EOS R400S Mk 2 HD remote weapon station (RWS) that can mount weapons up to and including the M230LF 30 mm lightweight cannon. An alternative RWS is the EOS R150 capable of mounting 5.56 mm to 12.7 mm machine guns.