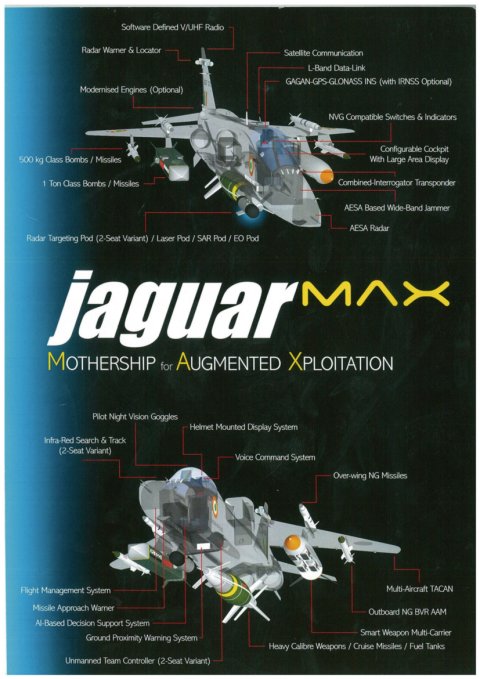 A schematic diagram of the Jaguar MAX configuration, displaying some of its main features. (HAL)

HAL displayed new avionics, a cockpit, and a model of the heavily armed upgraded Jaguar (Jaguar MAX) ground-attack aircraft, which are being offered for the Indian Jaguar S/M/B (I) fleet, likely to be known as the Display Attack Ranging Inertial Navigation-III Plus (DARIN III+) standard. The original DARIN III standard is a modernisation effort that includes new avionics and cockpit, in addition to the integration of modern armaments. The upgrade is being developed and implemented in phases.