Germany orders radars for F124 frigates from Hensoldt and IAI 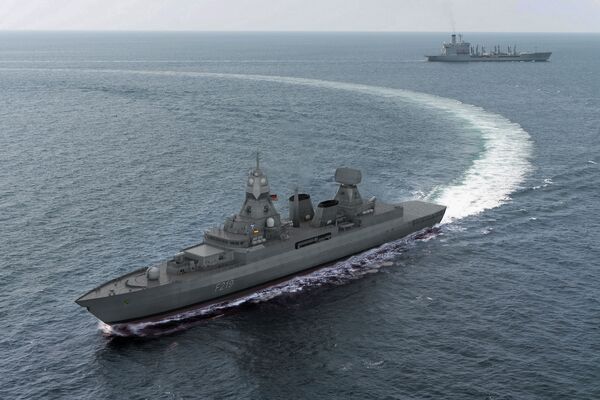 The BAAINBw has ordered radars from Hensoldt and IAI for the German Navy's F124 air defence frigates. (Hensoldt)

On 23 June the budget committee of the Bundestag approved the funding to deal with obsolescence issues with the F124's long-range sensors. IAI specified in its 24 August press release that the frigate's radars would be refurbished to overcome the obsolescence of their electronics components.

The delivery includes a shore facility in northern Germany that will be a fully functional copy of the F124's radars to train users and service technicians and to test further developments on land before installing them into the frigates.

The Israeli company said the order marks the beginning of the development of Germany's national ballistic missile defence (BMD) capabilities.

The F124's new radars will be nearly identical to the four Hughes Air Defence Radar (HADR) Nachfolgesystem (Follow-on System, NF) long-range radars ordered by the BAAINBw from the two companies, which announced the contract at the end of July. IAI expected this to provide synergies in terms of logistics and therefore the long-term operation of the two systems, as well as greater cost effectiveness by using further developments for both.

At the time of announcing the HADR NF contract, IAI told Janes