The Georgian government has revealed its defence procurement priorities up to 2030, which includes acquisition of unmanned aerial vehicles (UAVs), new artillery systems, and a revitalisation of its defence housing infrastructure.

At a ceremony for the release of the Action Plan of the Georgian Defence Forces 2020–30 on 22 July, Minister of Defence Juansher Burchuladze revealed that the country would be acquiring additional Javelin anti-tank missiles in 2021 from the United States. Negotiations are also under way with Polish and South African companies to establish joint ventures (JVs) in the country with the Ministry of Defence (MoD)-owned company Delta STC in 2022. The JVs would be established to manufacture small and large UAVs in country as part of efforts to bolster its intelligence, surveillance, target acquisition, and reconnaissance (ISTAR) capabilities. 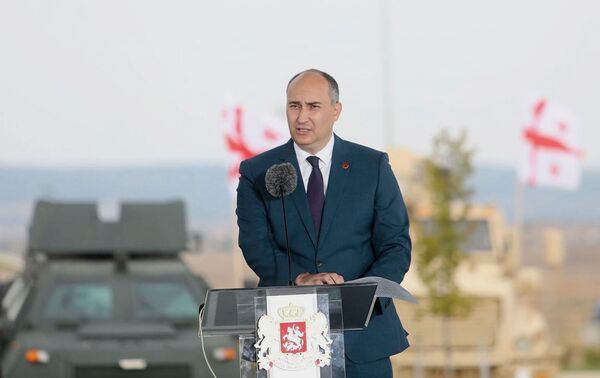 Georgian Minister of Defence Juansher Burchuladze at the presentation of the Action Plan of the Georgian Defence Forces 2020–30 on 22 July. (Georgian MoD)

Georgia will also be regenerating its artillery capabilities from 2024, including the procurement of mortar systems from local companies, and acquiring other artillery systems from other countries. Delta STC displayed a 120 mm mortar carrier variant of its Didgori vehicle at the IDEX 2019 trade show, with the company noting at the time that it was in line for a “significant” contract with the Georgian MoD.

The Georgian government has revealed its defence procurement priorities up to 2030, which includes a...