The US Army has awarded General Dynamics Land Systems (GDLS) with a USD2.5 billion contract to produce Stryker Double V-Hull A1 (DVHA1) vehicles.

Service plans call for fielding 331 Stryker DVHA1s to the 2nd Infantry Brigade Combat Team, 4th Infantry Division and this new contract covers seven years of work that will be completed by May 2027, according to Ashley John, the public affairs director for the army’s Program Executive Office for Ground Combat Systems.

In addition to increasing the chassis payload capacity from 55,000 to 63,000 lb, the DVHA1 upgrades include replacing the 350 horsepower Caterpillar C7 engine with a 450 horsepower Caterpillar C9 engine, replacing a 570 amp alternator with a 910 amp alternator capable of supporting electrical power required for future network upgrades, and more, according to the 2019 Director, Operational Test and Evaluation (DOT&E) report.

Meanwhile, the army is also in the midst of a competition to pick a vendor to outfit Stryker DVHA1 vehicles with 30 mm cannons under the Medium Calibre Weapons System (MCWS) effort.

Last year, the army awarded six companies – EOS Defense Systems, GDLS, Kollsman, Leonardo DRS, Pratt Miller, and Raytheon – with contracts valued at up to USD150,000. Each company was also given a Stryker DVHA1 and an XM813 cannon, and tasked with building a ‘production-representative vehicle’ that integrates a government-provided weapon station onto the vehicle. 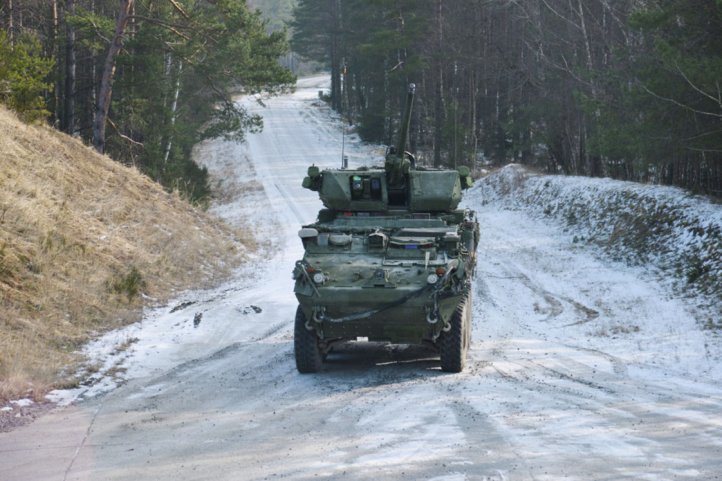 The US Army has awarded General Dynamics Land Systems (GDLS) with a USD2.5 billion contract to produ...