NATO’s Mediterranean-based anti-submarine warfare (ASW) exercise ‘Dynamic Manta’ is being bolstered this year by the rare presence of a carrier strike group (CSG). 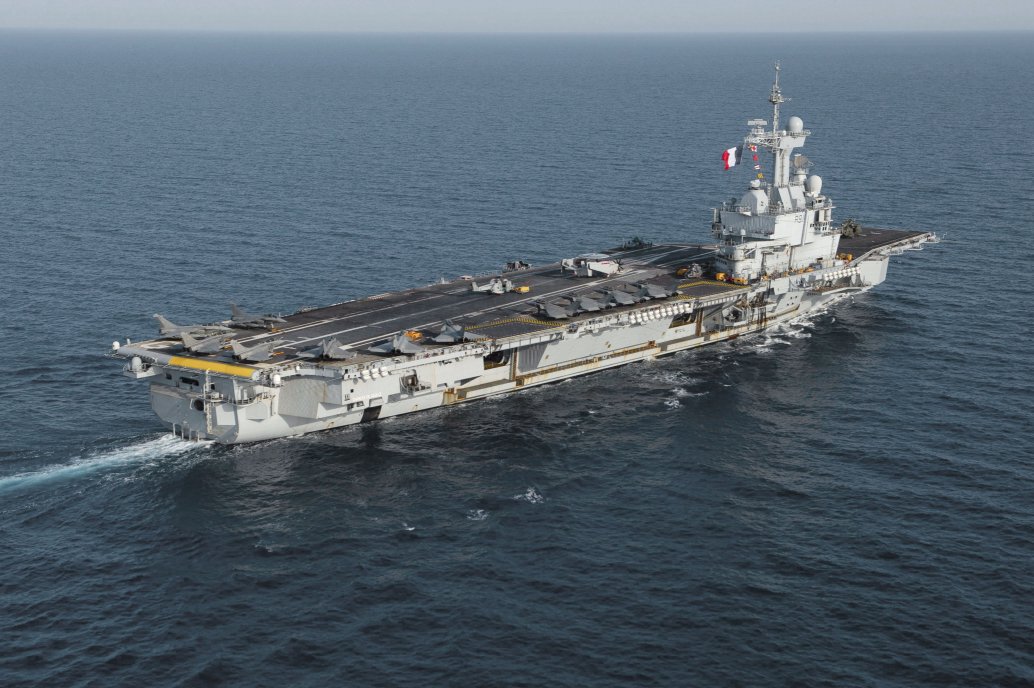 The French Navy’s carrier strike group led by the aircraft carrier FS Charles de Gaulle (pictured) will join ‘Dynamic Manta’ as it transits the exercise area during a pre-deployment work up. (USN)

Hosted by NATO’s Maritime Command (MARCOM), ‘Dynamic Manta’ is taking place off Sicily between 22 February and 5 March. The French Navy’s Charles de Gaulle CSG is participating as it transits the exercise area during pre-deployment work-up. In so doing, it is bringing the opportunity for participating submarines and surface ships to train with the CSG as a high-value asset (HVA) in a live NATO exercise in a high-profile maritime region.

“The Charles de Gaulle CSG will join for a limited time, and will enhance its own ASW skills on its way to operational deployment,” Vice Admiral Didier Piaton, MARCOM deputy commander and a French Navy officer, told a pre-exercise online media briefing on 19 February. “What we are looking for is to be able to have capacity to ‘plug-and-fight’ with national units in a NATO operation; that’s exactly what we are doing through ‘Dynamic Manta’ with the CSG’s presence.”

The focus of the exercise ‘fight’ will be six submarines, participating from five countries (France, Greece, Italy, Turkey, and the United States).