An explosives-laden boat was detonated on 14 December, targeting the Singapore-flagged oil tanker BW Rhine, which was docked at the Jeddah Islamic Seaport in the city of Jeddah in Saudi Arabia’s Mecca province . The BW Rhine had berthed at the port the day before the attack, carrying at least 60,000 metric tons of unleaded gasoline from an Aramco refinery at the port city of Yanbu in Al Madinah province. According to a report released by Hafnia, the shipping company and owner of the BW Rhine, the attack – which occurred at 00:40 local time (21:40 GMT on 13 December) – caused an explosion and a subsequent fire on board. The fire was extinguished “with assistance from the shore fire brigade and tug boats” and caused no casualties. Hafnia added that the attack caused minor damage to the hull of the oil tanker. Although Hafnia also noted the possibility of an oil spillage as a result of the explosion, onboard instrumentation indicated that oil levels on board were at the “same level as before the attack”. The attack did not cause any damage to unloading facilities nor have any effect on oil supplies.

The 14 December attack was the fourth in a series of attacks since the start of November that have targeted Saudi energy infrastructure along Saudi Arabia’s Red Sea coast, and the second attack in three weeks targeting an oil tanker at the Jeddah Islamic Seaport . At the time of writing, no group had claimed responsibility for the attack. However, the use of an explosives-laden boat bears resemblance to those deployed in previous such attacks on Saudi energy targets by Yemeni Zaidi Shia Muslim militant group Ansar Allah, better known as the Houthis, thereby strongly indicating the involvement of the group in this attack. 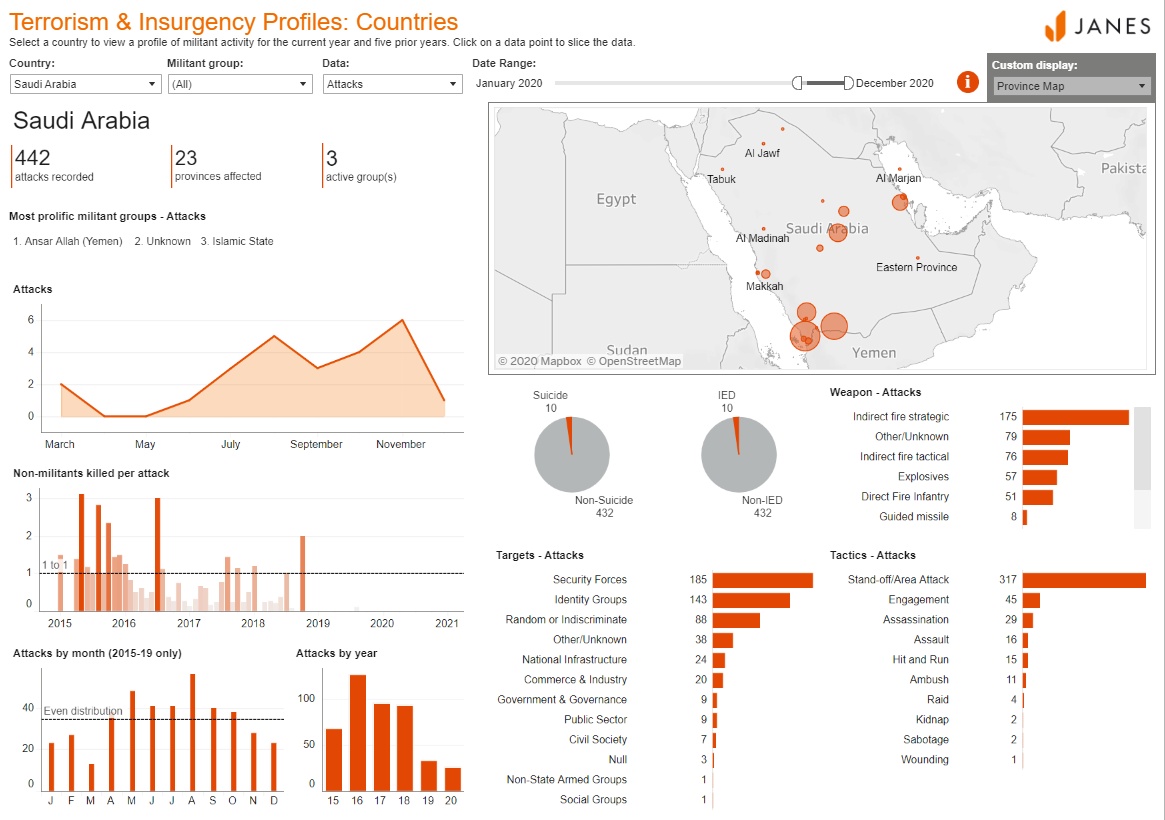 An explosives-laden boat was detonated on 14 December, targeting the Singapore-flagged oil tanker BW...