Final assembly under way of four US Army ERCA platforms

The US Army is assembling its first four Extended Range Cannon Artillery (ERCA) prototypes at Picatinny Arsenal in New Jersey, and anticipates using at least one of the weapons during the upcoming ‘Project Convergence 2021' exercise.

Brigadier General John Rafferty, the head of the Long-Range Precision Fires Cross-Functional Team, told Janes on 9 July about the ongoing effort to field an incremental upgrade to BAE Systems' Paladin M109A7 self-propelled howitzer, which includes a 58-calibre, 30 ft (9.1 m) gun tube that is designed to launch 155 mm rounds out to 70 km.

To date the service has been test firing an early version of the weapon that it dubs the XM1299 prototype zero.

Different army deports have delivered various platform parts to Picatinny Arsenal for final assembly, the Brig Gen Rafferty explained. Once assembly is complete the army intends to use at least one of these ERCA prototypes at its Project Convergence exercise at Yuma Proving Ground, Arizona, in November. This will be the second time the service has hosted the event, which this year will include its sister services in a bid to showcase ways to help commanders make quicker decisions via the use of joint, multidomain capabilities. 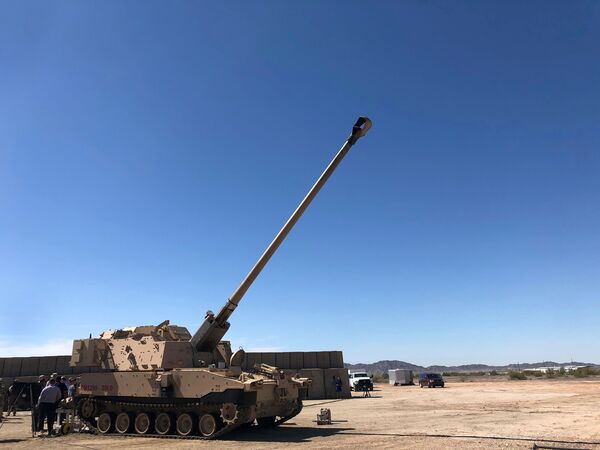 Shown here is the XM1299 prototype zero during a demo at Yuma Proving Ground, Arizona in March 2020. The US Army is in the process of producing four ERCA platform prototypes that build on this early version. (Janes/ Ashley Roque)

Meanwhile, the service is moving forward with the design and testing of future ERCA capabilities including a 23-round autoloader and looking for alternative ways to increase the weapon's rate of fire.

The US Army is assembling its first four Extended Range Cannon Artillery (ERCA) prototypes at Picati...