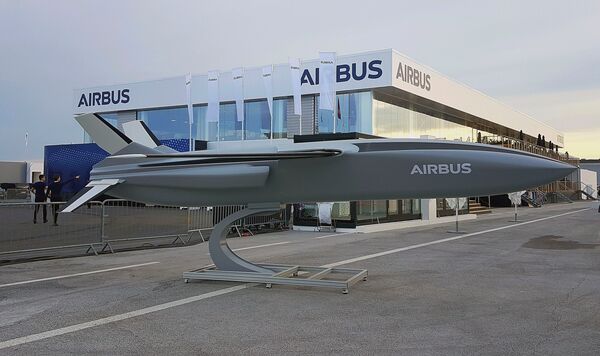 A conceptual Remote Carrier model displayed by Airbus at the Paris Air Show in 2019. Remote Carriers will be a core component of the Next-Generation Weapon System that forms part of the wider FCAS/SCAF system-of-systems being developed by Germany, France and Spain. (Janes/Gareth Jennings)

“The signing of this agreement confirms the commitment of Germany, Spain, and France to the development of a new generation combat aviation capable of facing future threats and challenges,” the parties said in a joint communique to mark the agreement that was signed by the Minister of the Armed Forces of France Florence Parly, the German Minister of Defence Annegret Kramp-Karrenbauer, and the Spanish State Secretary for Defence Esperanza Casteleiro Llamazares. “Following on from the work already carried out since 2019, it marks a new stage, the first flight demonstrations of which will be the result in 2027”.