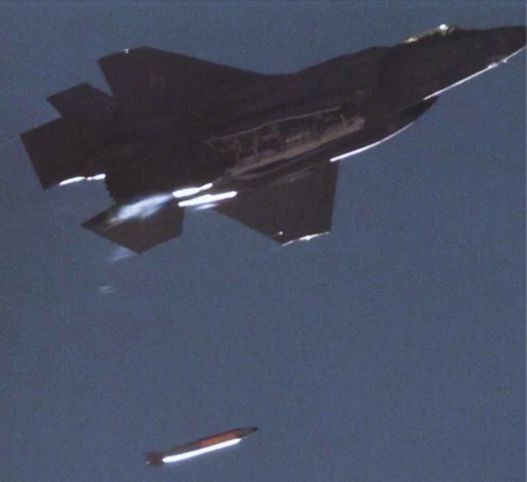 A US Air Force (USAF) F-35A testbed dropped an inert B61 Mod 12 (B61-12) freefall nuclear bomb from one of its internal weapons bays over Tonopah Test Range in Nevada earlier this year, Sandia National Laboratories which oversaw the trial said.

“The flight test of the B61-12 with the F-35A Lightning II this summer was the first ever at Sandia’s Tonopah Test Range featuring the fighter jet. It was also the first of a testing series that will conclude with full-weapon systems demonstrations designed to increase confidence [that] the bomb will always work when needed and never under any other circumstances,” Sandia said. “During the 25 August flight test, an F-35A flying faster than the speed of sound dropped a B61-12 — containing non-nuclear and mock nuclear components — from about 10,500 ft above Tonopah Test Range. The inert B61-12 struck the desert floor in the designated target area about 42 seconds later.”

Sandia is the design and engineering laboratory for non-nuclear components of the United States’ nuclear stockpile, including the B61-12. In addition to non-nuclear component development, Sandia serves as the technical integrator for the complete weapon, assuring the system meets the requirements as a full-weapon system.