NATO exercise ‘Steadfast Defender 2021’, which is being held between 12 May and 2 June, will be the first major test of the alliance’s adapted command structure, involving the new Joint Support and Enabling Command (JSEC) in Ulm, Germany, and Joint Force Command (JFC) Norfolk in Virginia in the United States. 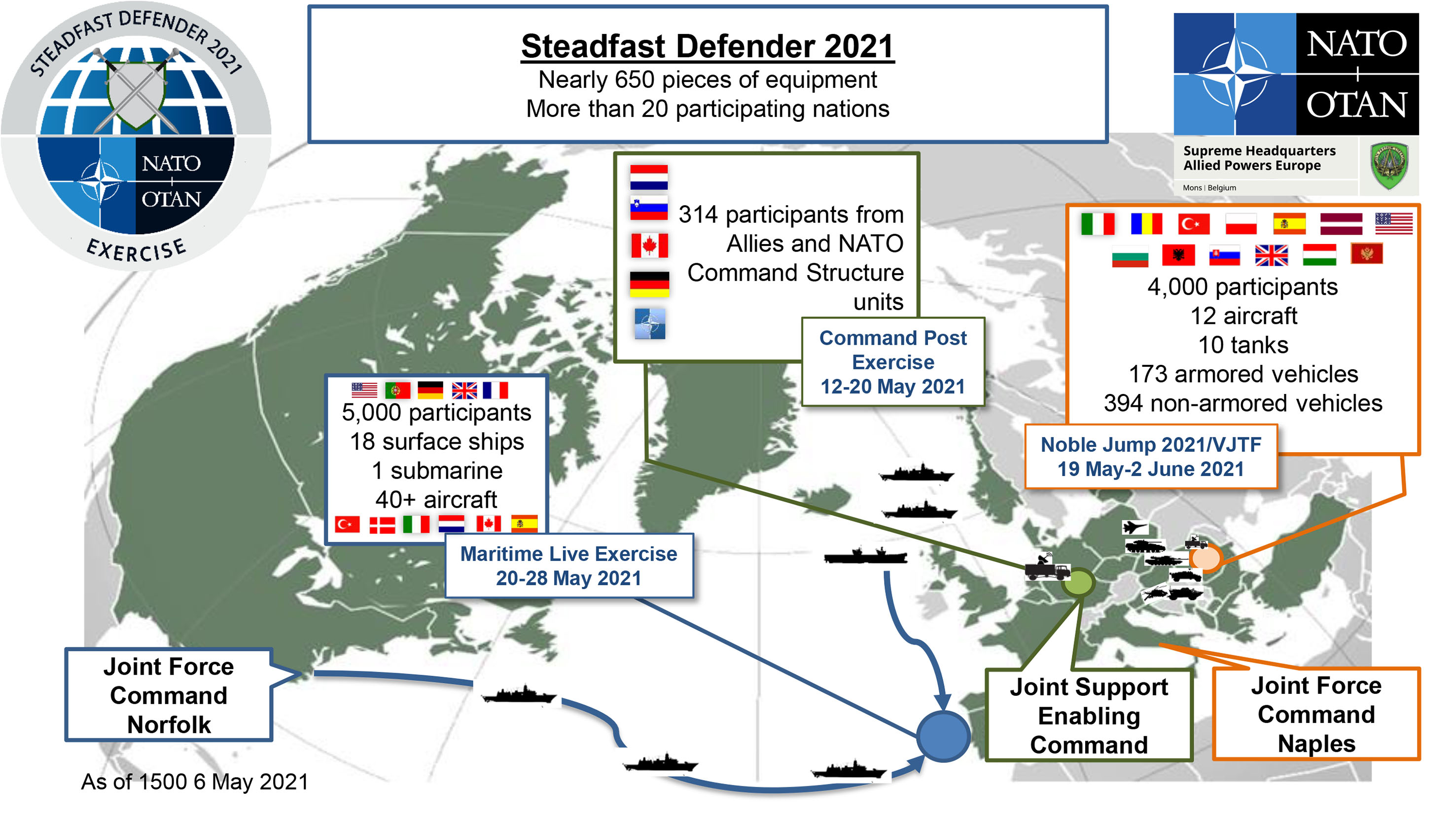 NATO Secretary General Jens Stoltenberg was quoted on the alliance’s website on 7 May as saying, “Exercise ’Steadfast Defender 2021’ will test NATO’s readiness and military mobility, with forces deploying across land and sea, all the way from North America to the Black Sea region and off the coast of Portugal ... with over 9,000 troops, [demonstrating] that NATO has the capabilities and resolve to protect all allies against any threat.”

Emphasising the defensive nature of the long-planned exercise, Lieutenant General Brice Houdet, vice chief of staff at Supreme Headquarters Allied Powers Europe (SHAPE), told a virtual press conference on 6 May that ‘Steadfast Defender 2021’ would “maintain the cohesion of the alliance, our interoperability ... and, of course, to also maintain the transatlantic link between the North American nations and the European nations [that are] members of the alliance.”

Under the overall leadership of JFC Naples, ‘Steadfast Defender 2021’ will include a maritime part led by JFC Norfolk to practise the rapid reinforcement of NATO’s European members from North America, involving about 5,000 troops; 20 warships, including the UK Royal Navy’s Carrier Strike Group led by HMS Queen Elizabeth; and 40 aircraft, including F-35 Joint Strike Fighters embarked on the carrier between 20 and 28 May.