Delayed twice during almost a year, the EU's declaration of a full operational capability (FOC) for the first expansion phase of its small headquarters in Brussels, the Military Planning and Conduct Capability (MPCC), is now expected by the end of 2021, according to its head officer. However, the MPCC must find solutions for its staffing and technical issues before that can occur, he said. 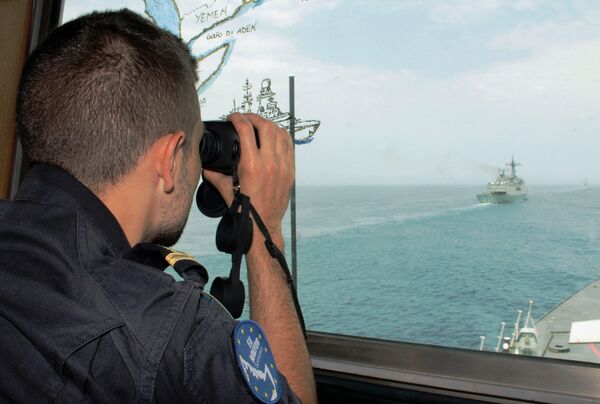 Vice Adm Bléjean suggested that a member state provide its national CIS system for the duration of an EU mission, which works well for Operation ‘Atalanta'. (EUNAVFOR)

“The MPCC is not entirely ready to achieve FOC but I hope to have that ready by the end of this year,” MPCC director general Vice Admiral Hervé Bléjean told a 13 July hearing of the European Parliament's Subcommittee on Security and Defence.

That benchmark is imperative before the EU's 27 nations will even consider the MPCC's second phase: its shift to a fully-fledged autonomous military command for the EU capable of handling any operation.

“All the member states are urging us to reach FOC for phase 1,” he told the hearing. “They are unwilling to discuss the MPCC's future evolution until that happens.”

For Vice Adm Bléjean, that means overcoming two persistent problems since the MPCC's mandate was expanded in November 2018 – as phase 1 – to include planning for one so-called executive, or combat, operation in addition to the EU military training missions it oversees.

First, the MPCC needs 94 seconded personnel from the member states and 60 permanent staffers of its own for phase 1. Neither category has been completely filled.

Delayed twice during almost a year, the EU's declaration of a full operational capability (FOC) for ...