An MBDA SCALP cruise missile appeared for the first time in official Egyptian military media when one was seen in a 2 February video of a joint exercise with the French Air Force. 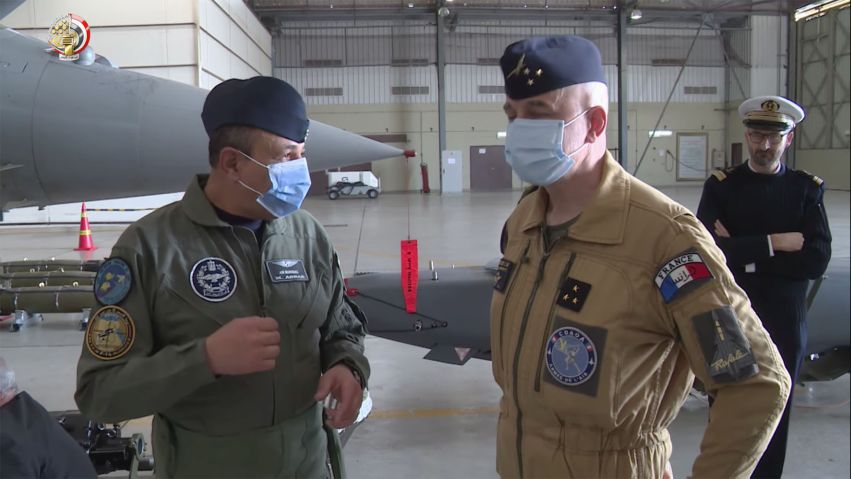 An Egyptian and French officer stand in front of a SCALP cruise missile in a still from the exercise video. (Egyptian Ministry of Defence)

The SCALP was partially seen in both a photograph and a video released by the Ministry of Defence showing the exercise. It was displayed inside a hangar with other weapons arranged around a Rafale fitted with a Talios targeting system.

The hangar appeared to be at Gebel el-Basur Air Base, which is the home of the Egyptian Rafales and was used by the French Rafales and Mirage 2000s that took part in the exercise.

The SCALP was reportedly one of the weapons Egypt ordered for its 32 Rafales but the French newspaper La Tribune has reported that the United States was able to block the sale as the missile includes US-controlled technology.

La Tribune reported in April 2019 that the US had lifted its objection to the sale of MBDA Meteor long-range air-to-air missiles to Egypt, with the newspaper saying this could help persuade Cairo to order 12 more Rafales. That order has yet to be announced.

The range of an Egyptian SCALP would have to be reduced below 300 km to comply with the Missile Technology Control Regime.

An MBDA SCALP cruise missile appeared for the first time in official Egyptian military media when on...