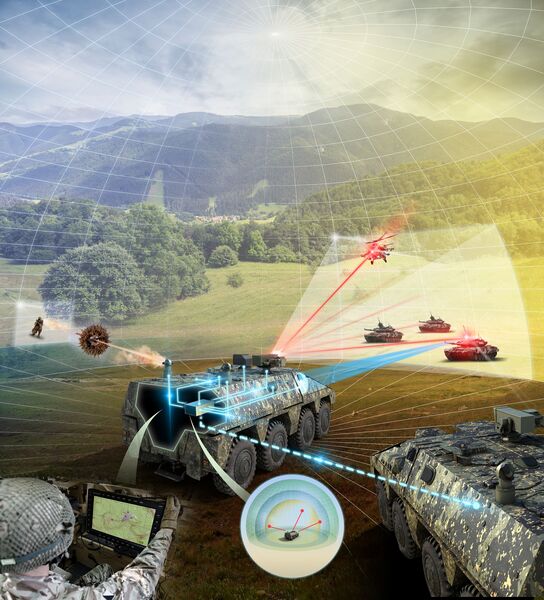 This three-year investment, funded by the British Army, will enable the next phase of the MIPS electronic open systems architecture, following successful completion of the Icarus Technology Demonstrator Programme (TDP), according to the announcement.

The next phase of investment will build on and exploit the MIPS Open Architecture Standard (MIPS standard) – developed and demonstrated under Icarus – to validate a modular, flexible active protection system (APS) at high maturity (TRL 7).

MIPS is intended to enable armoured platforms to feature a variety of “plug-and-play” sovereign APSs, being advanced under one modular open system architecture. It can detect, classify, intercept, and destroy incoming projectiles, without a human-in-the-loop, Olly Manning, vice-president of Mission Systems at Leonardo, told Janes .

To do this, the ‘MIPS controller', or the brain of the system, can determine incoming threats and decide how best to defeat it, Manning said. Specifically, it will be able to rapidly fire projectiles or deploy signal blockers to eradicate threats, such as those posed from anti-armour missiles or unmanned aerial systems (UASs).

The next stage of MIPS will enable the UK to continue to develop future capabilities, with advances in capabilities expected until 2040. These advances include improved sensors, enhanced information processing, upgraded effectors, advanced high-speed directors, and improved electronic infrastructure component technologies.