The Netherlands is to sell 12 surplus Lockheed Martin F-16 Fighting Falcon combat aircraft to Draken International for use as ‘Red Air' aggressor trainers. 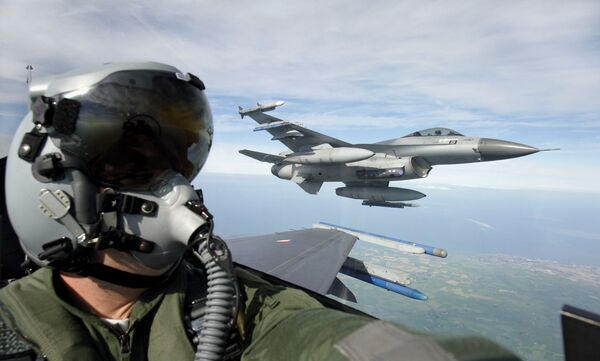 The Netherlands has agreed the sale to Draken International of 12 surplus F-16s from 2022, with the option for a further 28 to follow. (Royal Netherlands Air Force)

The Ministry of Defence (MoD) disclosed on 29 June that an agreement has been reached with the US-based contractor, with the aircraft and related equipment set to be made available in 2022.

“Draken International has been contracted by the US government for years to assume the role of enemy in US Air Force and [US] Navy exercises. These aircraft will only be used on the basis of government contracts for support tasks in (inter)national exercises and training on US territory. The US government monitors compliance with these agreements,” the MoD said in a letter to the Dutch parliament.

As noted in the letter, the sale will also include the option for Draken International to take the remaining 28 Royal Netherlands Air Force (RNLAF) F-16s as the fleet is retired from service with the introduction of the Lockheed Martin F-35A Lightning II. Within the F-16 End Life of Type (ELOT) programme, one other F-16 has already been sold to Belgium.

“The equipment is in used condition and is sold and transferred in the state in which it is currently in. The Ministry of Defence does disassemble a number of things – such as classified material – prior to the transfer. The drawing of the contract will take place in mid-2021 and the transfer is planned from 2022,” the MoD said, adding that financial details of the deal will be made known to parliament separately.