Delayed Ethiopian poll likely to be disrupted by ongoing conflict

Ethiopia’s general election, originally scheduled for August 2020 but delayed amid the Covid-19 pandemic, is set for 5 June. Prime Minister Abiy Ahmed is looking to secure a mandate for his Prosperity Party (PP), formed in November 2019 out of the parties in Ethiopia’s former ruling coalition, the Ethiopian People’s Revolutionary Democratic Front (EPRDF), with the exception of the Tigray People’s Liberation Front (TPLF), with which he went to war in November 2020.

The conditions for holding the polls are worse than in 2020. Despite limited testing, by 20 April the Ministry of Health had recorded a cumulative total of almost 250,000 Covid-19 cases in a country with a population of more than 100 million. Separately, on 23 March Abiy told parliament that the Ethiopian National Defense Force (ENDF) was “in a major fight on eight fronts” against armed groups in north and west Ethiopia.

These fronts include the conflict in the Tigray region, where forces working with the ENDF – Amhara special forces and militia, and Eritrean troops – are fighting forces aligned with the TPLF, the region’s former ruling party that Abiy replaced at the end of November 2020 with PP affiliates as the transitional administration. The ENDF is also combating an insurgency by the Oromo Liberation Army (OLA) in western and southern Oromia. 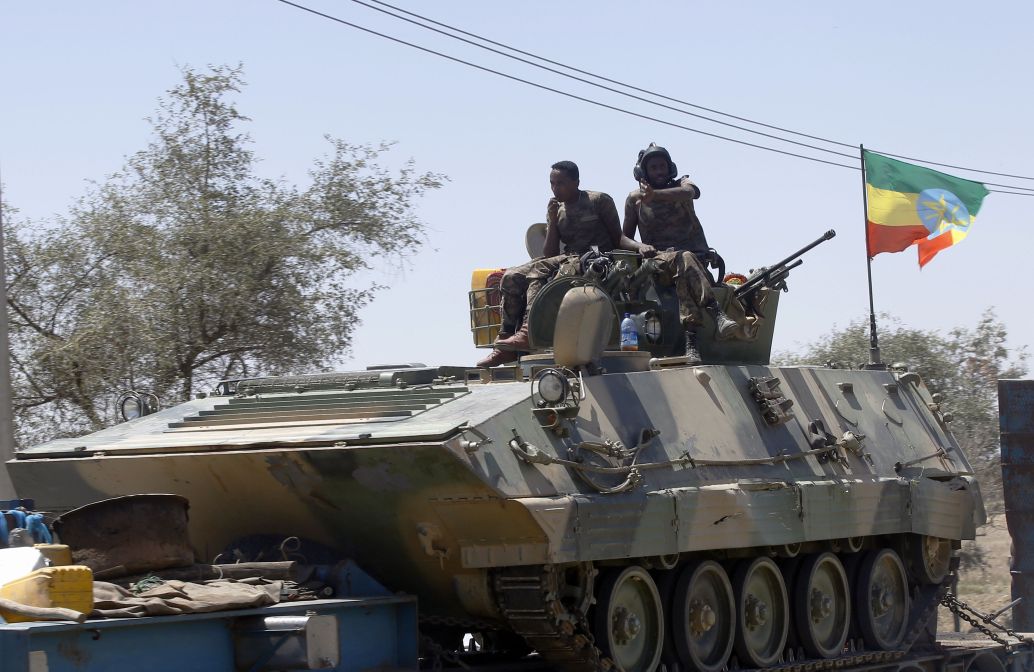 Units of the Ethiopian army patrol the streets of Mekelle city in the Tigray region, northern Ethiopia, on 7 March 2021, after the city was captured in an operation against the Tigray People’s Liberation Front (TPLF). Although the Tigray conflict has been widely covered in international media, the widening political gulf between Oromia and Amhara is potentially more destabilising for Ethiopia. (Eduardo Soteras/AFP via Getty Images)

Ethiopia’s general election, originally scheduled for August 2020 but delayed amid the Covid-19 pand...