The Colombian Air Force (FAC) has received back into the service the last of 14 Embraer EMB-312 (AT-27M in national service) Tucano turboprop trainer and light-attack aircraft. 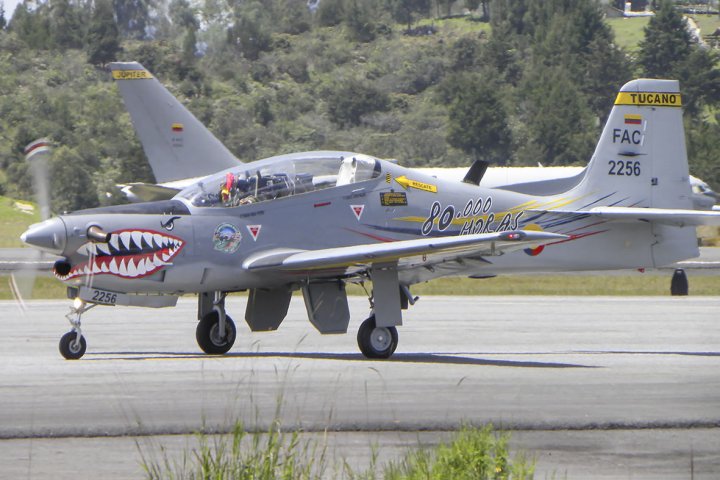 Colombia has 14 AT-27M Tucanos which have now all been through a modernisation programme. (Roberto José García Hernández)

The Colombian Aeronautic Industry Corporation (CIAC) delivered the final aircraft on 30 June, following a six-year upgrade effort across the fleet.

Designed to extend the type’s lifespan by 15 years, the retrofit programme involved the installation of new and strengthened wings and landing gear. A new avionics suite provided by Rockwell Collins (now Collins Aerospace) and a ‘glass’ cockpit from Cobham replaced the old analogue cockpit with modern systems and two large multifunction electronic displays.

Besides the new equipment, the CIAC also performed a complete overhaul to the airframes to deliver the aircraft in a zero-hours condition. These works included structural inspection of the aircraft using non-destructive inspection techniques, manufacture, and replacement of certain structural components, an overhaul of the hydraulic power units, painting, and corrosion control.

The Colombian Air Force (FAC) has received back into the service the last of 14 Embraer EMB-312 (AT-...

Mitsubishi Heavy Industries (MHI) and Boeing have signed a Direct Commercial Sale (DCS) agreement to...
Thank you for your inquiry, a Janes representative will be in contact with you shortly.