China’s first Type 055 (Renhai)-class destroyer entered service with the People’s Liberation Army Navy (PLAN) on 12 January: an occasion marked by a long-anticipated commissioning ceremony held at the Xiaokouzi naval base south of Qingdao.

The significance of the event was reflected by the presence of PLAN Commander Admiral Shen Jinlong, who presented the ship’s commanding officer and political commissar with its ensign and naming certificate respectively. 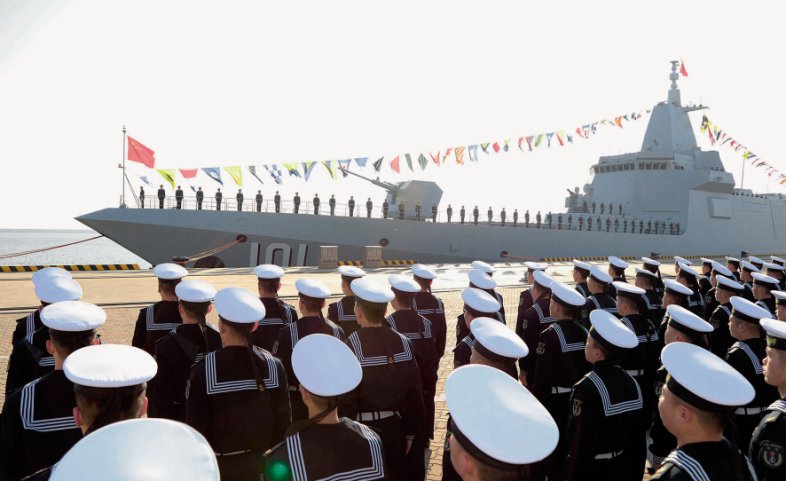 Nanchang , China’s first Type 055-class destroyer, was commissioned into the PLAN in a ceremony held on 12 January at the Xiaokouzi naval base south of Qingdao. (Via PLA Navy’s Weibo account )

Named Nanchang (with pennant number 101), the destroyer was built at the Changxingdao shipyard near Shanghai. It displaces over 12,000 tonnes at full load, is 180 m long and has a beam of 20 m, which makes it slightly larger than the US Navy’s 10,000 tonne Ticonderoga-class cruisers, which are 173 m long and have a beam of 17 m.

The principal armament of the Type 055 class centres around its vertical launch system (VLS), which comprises 64 cells forward of the bridge and 48 cells forward of the hangar. The VLS adopts the same universal silos for the missiles as the Type 052D-class destroyers and can launch HHQ-9 surface-to air-missiles, YJ-18 anti-ship missiles, Yu-8 torpedo carrying anti-submarine missiles and CJ-10 land-attack cruise missiles. 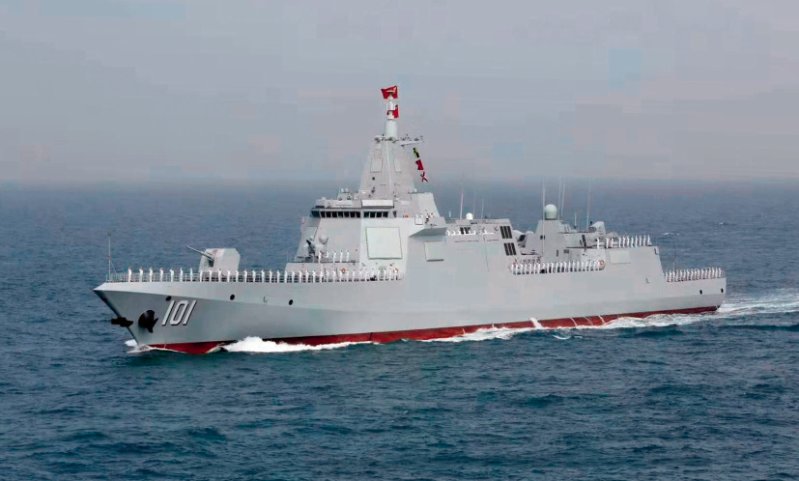 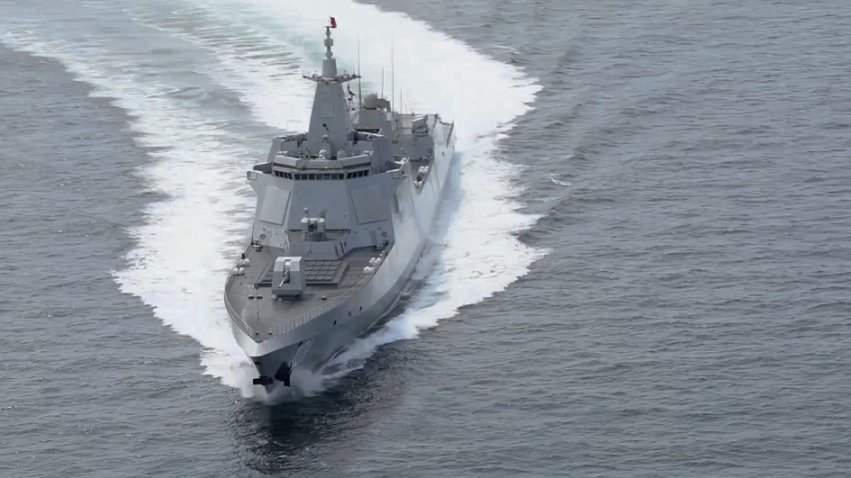