According a statement released by the CMA on the same day, a “high-altitude weather monitoring UAV” that was specifically configured for meteorological observation missions with a millimetre-wave radar and wing-mounted podded dispensers for aerosondes launched from Bo’ao Airport in the southern province of Hainan just as tropical storm Sinlaku was passing on 2 August. 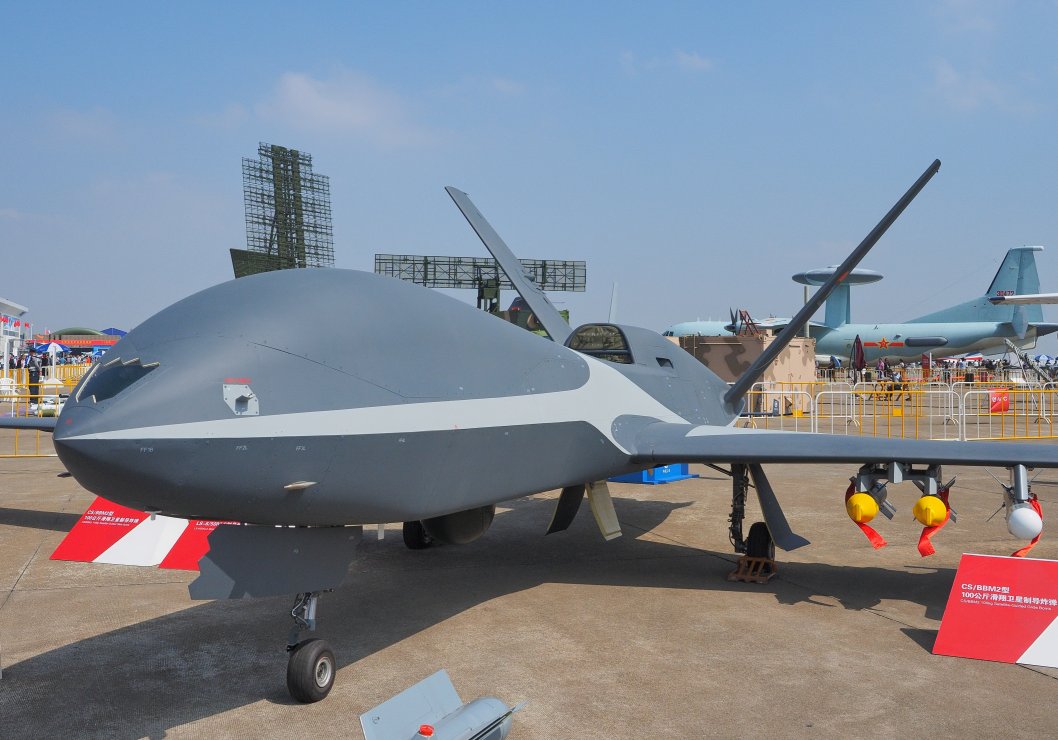 An armed reconnaissance variant of the Cloud Shadow UAV seen at Airshow China 2018. Unlike the Wind Shadow, the export-oriented Cloud Shadow is equipped with a single WP-11C turbojet engine. (Janes/Kelvin Wong)

The CMA stated that the air vehicle cruised at an altitude of approximately 32,808 ft (10,000 m) and deployed 30 aerosondes at predetermined locations in the cloud system in the immediate vicinity of the storm, acquiring detailed air pressure, humidity, hydrometeor, temperature, wind direction, and speed data that was transmitted in real-time to the ground control station (GCS) at the airport.

The successful flight and meteorological measurement trial marks the latest milestone for the CMA’s Haiyan Project, which begun in 2018 with the aim of developing a UAV-based monitoring and forecasting solution that can offer precise on-demand meteorological data to support government and business activities. The project is a joint effort led by the CMA with support from other government agencies as well as state-owned and private firms including AVIC’s Chengdu Aircraft Industry Group (CAIG) subsidiary.