China’s People’s Liberation Army (PLA) is likely to deploy unmanned aerial vehicles (UAVs) in the near future that can be operated in swarms, as shown in video footage released by the China Electronics Technology Group Corporation (CETC) around mid-October.

The footage showed a modified Dongfeng Mengshi 6×6 CTL181A armoured vehicle fitted with a 48-tube multiple UAV launcher being used in trials at an undisclosed location. The video also shows several UAVs being deployed from civil helicopters, indicating that development work on multiple launch platforms is in progress. 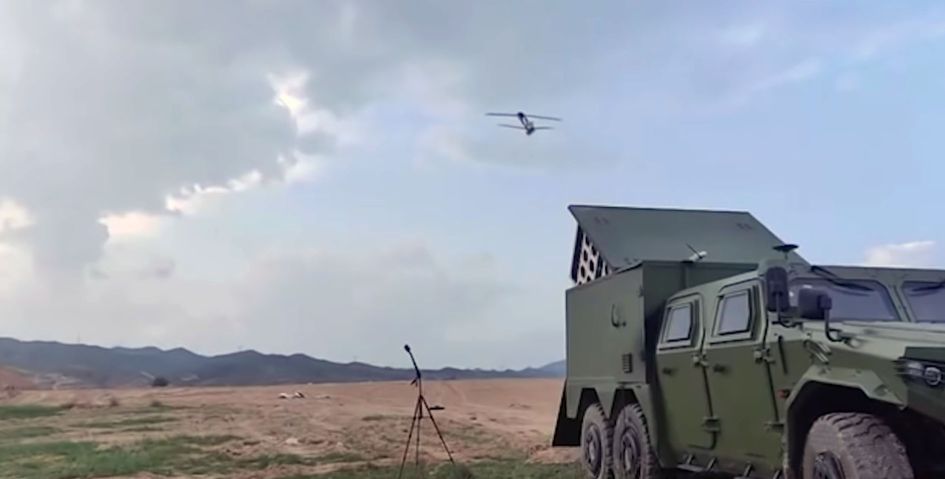 Subsequent footage showed the UAVs forming a small swarm along with a simulated attack on a mock target. It also showed how imagery from the UAVs was being relayed to the operator.

No further details were provided about these development programmes but the release of the CETC footage comes after the authoritative Chinese magazine Ordnance Technology reported on 17 October that the successful conclusion of these trials will likely result in the vehicle-borne system entering PLA service shortly.

The launcher seen on the vehicle could be adapted for installation in warships and, if installed on amphibious landing vessels, it could be used to support amphibious operations.

China has been working for several years on using small UAVs in a swarm. In June 2017 CETC claimed a ‘world record’ of the largest number of UAVs operated as a swarm, when it launched 119 UAVs in a trial, which was increased to 200 UAVs in a trial conducted in November of that same year.