A Belgian John Cockerill Defense C3105 two-person 105 mm turret has been integrated onto a rear mission module of the Boxer 8x8 Multi-Role Armoured Vehicle (MRAV) at Krauss-Maffei Wegmann’s (KMW’s) facilities in Munich, the company has confirmed.

This combination has also completed some company mobility trials in Germany, and manned firing trials are planned to take place in Germany or the UK when Covid-19 restrictions are lifted, according to the two contractors. It was originally expected that this combination would be shown for the first time at the Eurosatory exhibition in Paris in June 2020, but that event was cancelled due to the pandemic. 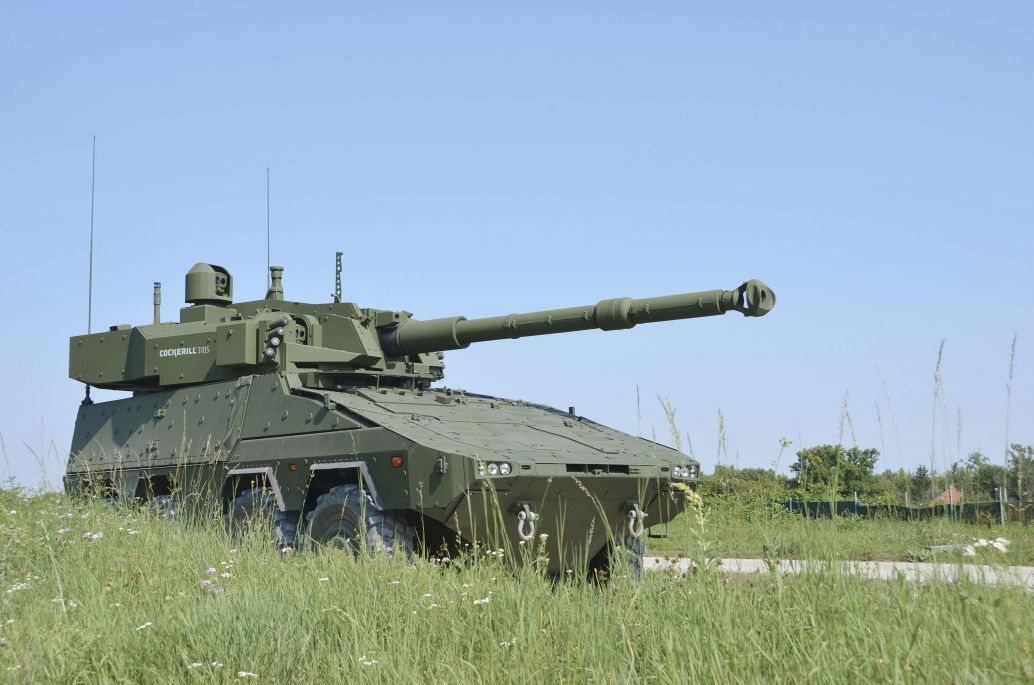 The turret is armed with a 105 mm high-pressure rifled gun fed by an automatic loader, with this version fitted with stabilised day/night sights for commander and gunner, enabling hunter/killer target engagements while stationary or moving.

The C3000-series turret is in production for a Middle Eastern customer in the C3105 and C3030 configurations, with the latter armed with a Northrop Grumman 30 mm MK44 dual feed cannon, according to Simon Haye, the chief marketing officer at John Cockerill Defense. The second customer is Indonesia, which ordered for an initial batch of 18 C3105 for its Pindad Harimau (Tiger) medium tank. The company said over 500 turrets have been completed, and production is expected to run for several years.

The C3000 series is designed to be tailored to user-specific requirements such as main armament and others. When fitted with the C3105 turret, the Boxer can carry four dismounts in addition to its driver, commander, and gunner.