Boeing is not yet committing its MH-139 Grey Wolf for the UK New Medium Helicopter (NMH) requirement, telling Janes that it will evaluate this and other international opportunities when a full-rate production decision on its US Air Force (USAF) contract is taken later in the year. 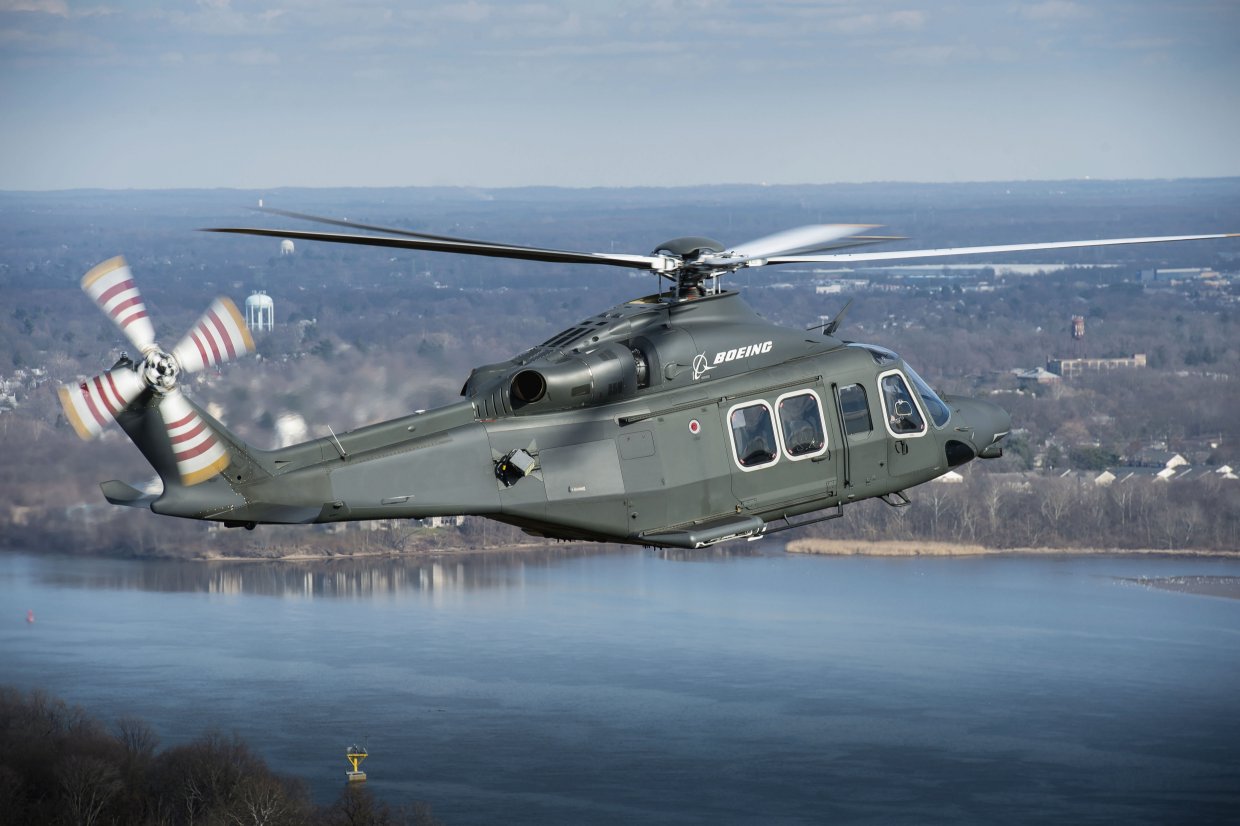 Based on the AW139, the MH-139 could be a candidate for the UK’s New Medium Helicopter requirement in the mid-2020s, although no decision on that has yet been taken. (Boeing)

Speaking on 29 March, a company representative said that Boeing is holding off for now a decision to join Airbus Helicopters and Leonardo as the original equipment manufacturers (OEMs) that have declared their intent to bid to the United Kingdom, and Lockheed Martin which has said it will consider its options once a formal requirement is issued.

“Boeing’s focus on MH-139 is working with the US Air Force to meet their requirements. We will evaluate international opportunities in alignment with the air force and our partners at Leonardo Helicopters after reaching Milestone C,” the spokesperson said. Boeing is under contract to deliver 84 MH-139 helicopters for USAF nuclear protection missions, with a Milestone C full-rate production decision due before the end of 2021.

Boeing is not yet committing its MH-139 Grey Wolf for the UK New Medium Helicopter (NMH) requirement...