Boeing announced on 16 July that it has conducted an end-to-end flight mission using three “high-performance testbeds” in the Australian outback in Tara, Queensland, as part of the company’s Autonomous Systems Platform Technology Project.

“The goal of our mission was to completely test out our mission system software from start to finish, using three high-performance jets,” Emily Hughes, director of Boeing’s Phantom Works International, was quoted in a company statement as saying.

Boeing, which released a video showing what appeared to be three scale-model jet aircraft, said it successfully performed a number of tests, including the aircraft taking off autonomously, achieving the required in-air formations, departing from the formation, and landing autonomously. 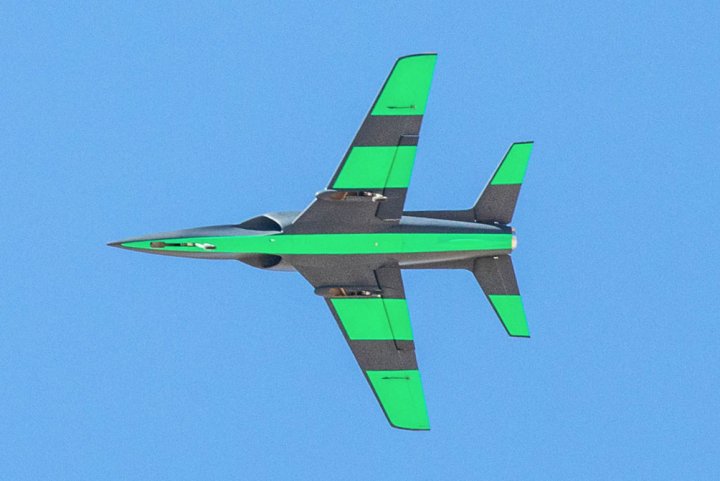 One of the three autonomous test aircraft Boeing used to carry out the end-to-end flight mission. (Boeing)

“While we have previously flown larger numbers of aircraft autonomously, this was our first opportunity to perform an end-to-end mission test with three high-performance testbed aircraft, at speeds of up to 200 km per hour,” said Hughes.

Under the Autonomous Systems Platform Technology Project Boeing and its partners are developing new onboard autonomous command-and-control technology to enable unmanned vehicles to perceive, process, communicate, and act in accordance with their programmed mission – without input from a human operator, said the company.

The technology being developed under this project is informing Boeing’s broader development of autonomous aircraft, including the Boeing Airpower Teaming System (ATS), which is informally dubbed the ‘Loyal Wingman’, and is aimed at complementing and extending airborne missions through smart teaming with existing military aircraft.

Boeing said the Autonomous Systems Platform Technology Project is the company’s second ‘Advance Queensland’ investment partnership with the government of Queensland, adding that it will continue flight tests for the project in Cloncurry later this year.