Eight vessels were officially commissioned by the Bahrain Naval Force (BNF) on 9 February, including RBNS Al-Zubara (80), formerly the UK Royal Navy’s River-class patrol ship HMS Clyde, which was handed over to the BNF in Portsmouth in August 2020. 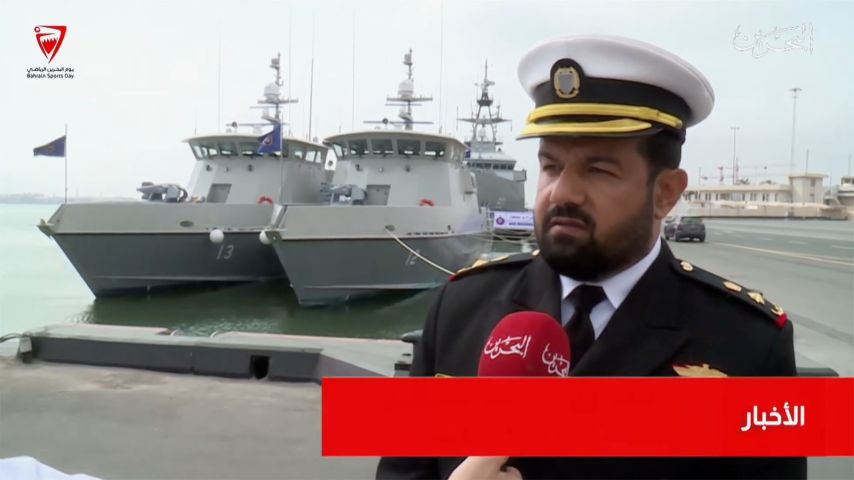 Bahrain’s two new Swiftships FPV35s during their commissioning at the Manama naval base with RBNS Al-Zubara in the background. (Bahrain News Agency)

Coverage of the commissioning ceremony showed Al-Zubara has now been rearmed with an Aselsan Smash remotely controlled weapon station (RCWS), .50 cal machine guns (MGs), and M134 Miniguns. Aselsan announced in May 2020 that it had a contract to supply an unspecified number of unidentified RCWSs to the BNF.

The commissioning ceremony showed that Smash RCWSs have also been fitted along with .50 cal MGs to two other new vessels that the BNF was not previously known to have ordered. These are 35 m Fast Patrol Vessels (FPV35s), the first of a new type made by the US company Swiftships, called RBNS Mashhoor (12) and RBNS Al-Areen (13).

The other five BNF vessels that were officially commissioned were surplus US Navy Mk V patrol boats that satellite imagery shows were delivered in 2018–19, joining two existing Mk Vs. The new ones are named as Al-Daibal, Askar, Jaww, Al-Hidd, and Taghleeb.

Eight vessels were officially commissioned by the Bahrain Naval Force (BNF) on 9 February, including...