BAE Systems has showcased for the first time the new large area display (LAD) cockpit it has developed for the Eurofighter Typhoon combat aircraft. 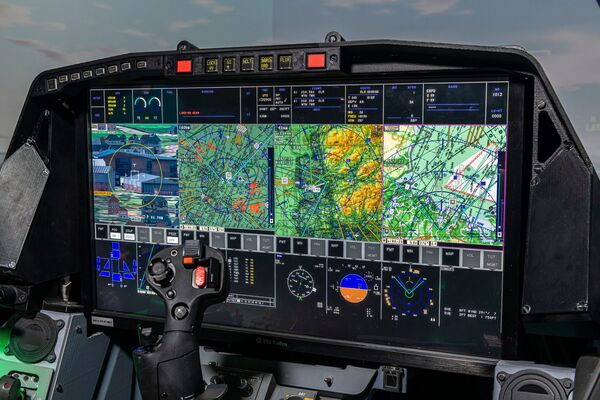 Shown publicly in early August at the Kaivopuisto Airshow 2021, where the Eurofighter was being displayed as part of its HX bid to the Finnish Air Force, the LAD has been developed as part of the multinational consortium's Long-Term Evolution (LTE) plan that is designed to place the aircraft at the forefront of military capabilities for decades to come.

The LAD will replace the Typhoon's current three-multifunction display (MFD) cockpit configuration with a single unit, which should massively aid with the sensor fusion required for the new datalinks, as well as for the active electronically scanned array (AESA) radar being integrated onto the aircraft.

BAE Systems has showcased for the first time the new large area display (LAD) cockpit it has develop...