While the concept of a two-seat variant of the J-20 is not new and CGIs of such a variant have circulated online for years, the fact that this latest image comes directly from AVIC increases the likelihood that such a variant will be produced.

Released on 8 January on the WeChat social media platform, the CGI, which is part of an AVIC promotional video to mark the 10th anniversary of the J-20’s maiden flight on 11 January, shows four twin-seat J-20s flying in formation.

No details were provided about the variant. 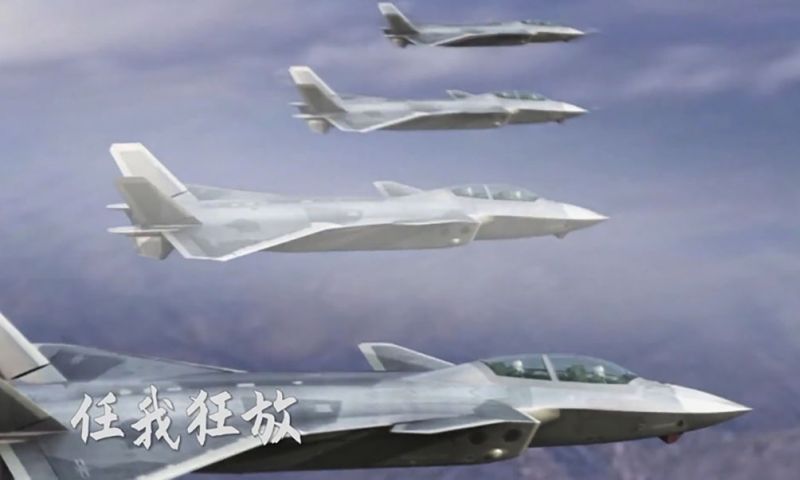 A screenshot from a promotional video released by AVIC on 8 January showing a CGI of four twin-seat J-20 fighter aircraft flying in formation. The move increases the likelihood that this variant will be produced by AVIC subsidiary CAIG. (AVIC)

The latest developments come after state-owned broadcaster China Central Television (CCTV) showed a CGI of a twin-seat J-20 in January 2019, with the Global Times newspaper highlighting at the time the advantages of having two aircrew in a complex tactical environment and noting that China might be the first country to introduce a two-seat stealth combat aircraft.

The state-owned Aviation Industry Corporation of China (AVIC) has for the first time released a comp...