The 12 remaining airworthy Saab 105 twin-jet trainers operated by the Austrian Air Force (AAF) have been grounded after cracks were found in the bolts connecting their tail sections to their centre fuselage.

The news was confirmed to Jane’s by AAF officers at the 10–12 December Defence IQ Air Power Eastern Europe conference, held at Salzburg Barracks in Austria.

Of the dozen 1970s-vintage Saab 105s still flying out of 40 originally delivered, cracks were found in 10 of them.

The advice to check the Saab 105s came from the Swedish Air Force (SwAF), which uses the similar Sk 60 (which has less powerful engines but a more modern cockpit). Given that Austrian technicians found further cracks on sections that the SwAF had not noted, the entire AAF Saab 105 fleet was subsequently grounded.

AAF sources told Jane’s that, despite the end-of-service date for the Saab 105 fleet coming by the end of 2020, the service will attempt to renew the cracking bolts and keep the aircraft in service. This is because it is much cheaper to fly Saab 105s for some of the AAF’s air policing and quick-reaction alert duties than to fulfil those missions by exclusively using the AAF’s 15 Tranche 1 Eurofighters throughout 2020, the flying cost of which per aircraft is 10 times that of the Saab 105. 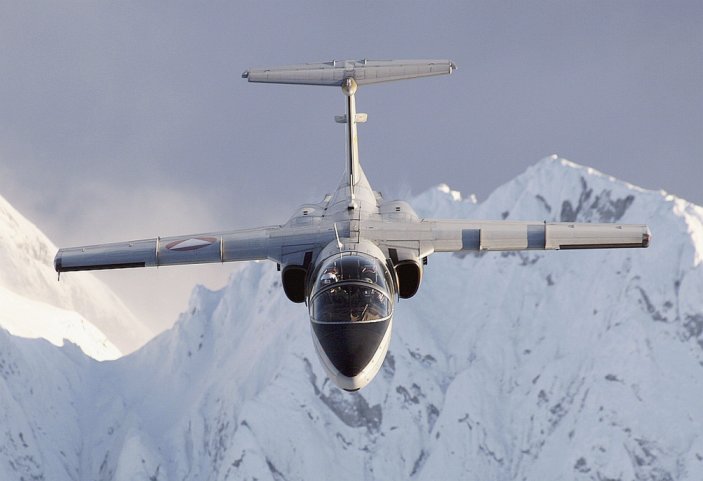 While Austria's Saab 105s may have been grounded and have little service life left, fixing their cracking-bolt issue is going to be cheaper than policing Austria's airspace with only Eurofighters, according to AAF sources. (G Mader)