Austria is to retain its Eurofighter combat aircraft in service at the same time as retiring its Saab 105 jet trainers, the country’s defence minister announced. 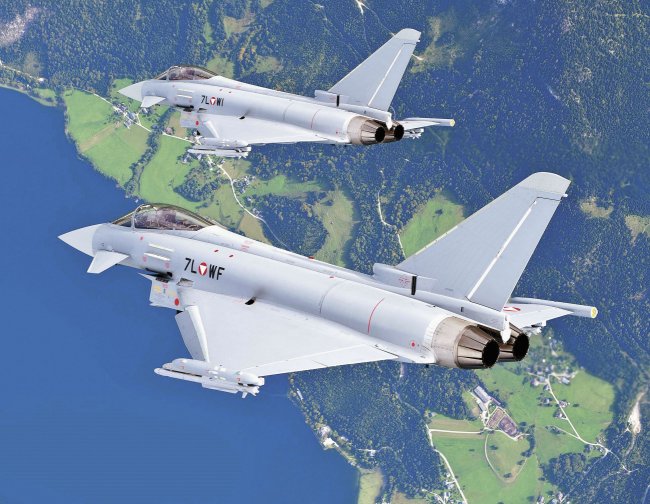 While Austria had been looking to replace its 15 Eurofighters with a cheaper aircraft, the country’s defence minister has said the fleet will be retained as it would be too costly to exit the contract with Airbus. (Eurofighter)

Defence Minister Klaudia Tanner said on 6 July that the Austrian Air Force’s (Osterreichische Luftstreitkrafte) 15 Tranche 1 Eurofighters will remain until at least as long as the current contract with Airbus runs, while its 12-remaining Saab 105OEs will be withdrawn from 2021 as pilot training moves overseas.

Austria has for some years been looking to retire the Eurofighters it bought in 2003 for EUR1.75 billion (USD2.7 billion at the time), and replace them with a cheaper to operate aircraft. Although already truncated from a planned 24 (with options up to 30) aircraft for cost reasons, the deal was the largest procurement in the country’s history. Added to this initial outlay were persistent complaints from senior air force officials that operating costs were to high to sustain operations (USD73,000 per hour was one figure given, although this was disputed by Eurofighter).

According to national media, Tanner has decided to retain the Eurofighters it received between 2007 and 2009 as it would be prohibitively expensive to withdraw from the contract with Airbus (though the minister did not disclose when this contract is scheduled to terminate).

Austria is to retain its Eurofighter combat aircraft in service at the same time as retiring its Saa...

Austria and Italy are to co-operate on the procurement of military rotorcraft, with both European na...