Rostec’s Kalashnikov Group unveiled the prototype of its new Spetsialnoye Korpusnoye Kolesnoye Shassi-568 (SKKSh-568) wheeled chassis for surface-to-air missile (SAM) systems as an alternative to mounting them on tracked vehicles at the Army 2020 defence exhibition being held in Kubinka near Moscow on 23–29 August. 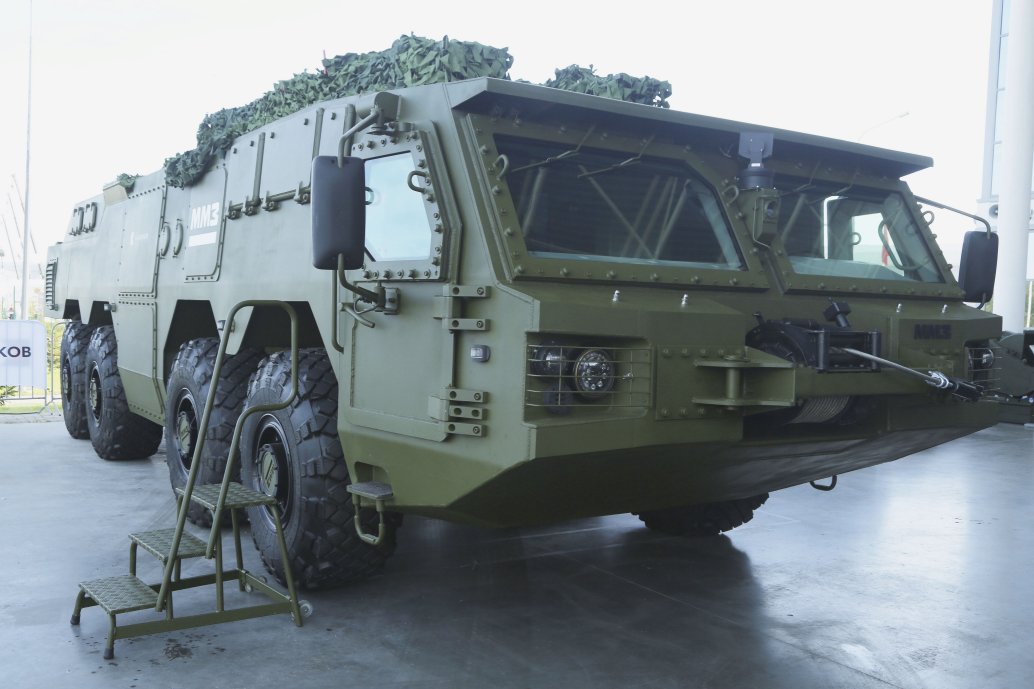 JSC Mytishchi Machine-Building Plant (MMZ, now a Kalashnikov subsidiary) launched the development of the SKKSh-568 in 2019. An MMZ spokesperson told Janes the new chassis meets the requirements of both the Russian Ministry of Defence (MoD) and foreign customers. The 8×8 vehicle has ballistic protection and swimming capabilities. “During the creation of the SKKSh-568 we envisaged the development of a whole family of common vehicles to carry various equipment of a customer,” said the MMZ representative.

The enterprise is finalising a test sample of the chassis. The vehicle with the combat module of the Tor SAM system will be handed over for trials in 2021. Serial production of the platform is scheduled to begin in January 2023.

The chassis is powered by a Tutaev Motor Plant 650 hp diesel engine, producing a top speed of 80 km/h and an average speed on surfaced roads of 60 km/h. The platform‘s maximum cruise range is 800 km. Two water jets are mounted in the vehicle’s rear.