The Pantsir-S1M, revealed at the Army 2019 defence exhibition held in Kubinka from 25 to 30 June, is based on the Kamaz-53958 Typhoon chassis, and for fire control uses the same radar as the Pantsir-ME naval variant displayed at the International Defence Exhibition and Conference 2019 (IDEX 2019), while retaining the two-faced search radar shown on some Pantsir-S1 and Pantsir-S1E variants. It also has an infrared electro-optical target tracking system to provide some tracking redundancy at closer ranges. 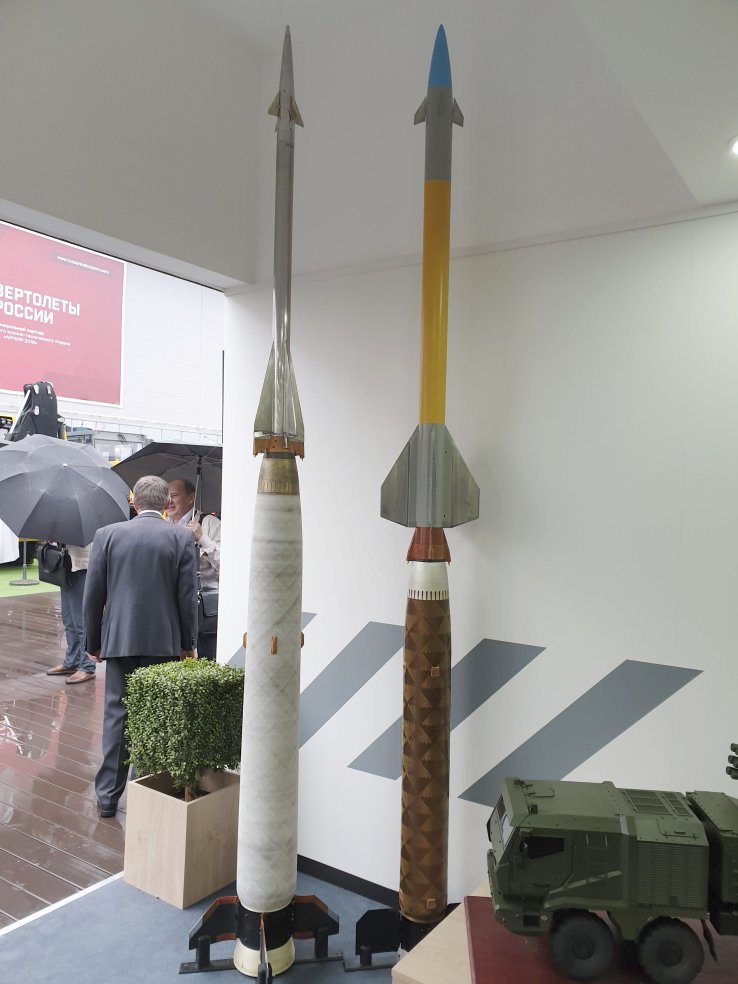 The new high-speed missile (left) and legacy 57E6 missile (right) were shown by KBP at the Army 2019 exhibition. Pantsir-S1M model is partially visible on the right. (Mark Cazalet)

The new variant can launch a new high-speed two-stage missile with extended range and improved target interception characteristics, as well as the baseline 57E6 two-stage missile. Both missiles use a two-stage setup with a detachable boost stage and a passive second stage that lacks a sustainer. Instead it relies on kinetic energy imparted by the booster to reach its target.

In flight, the booster detaches after being spent, and the missile proceeds without it. A radio receiver is in the rear of the second stage and enables the missile to receive guidance and correction signals from the Pantsir radar. 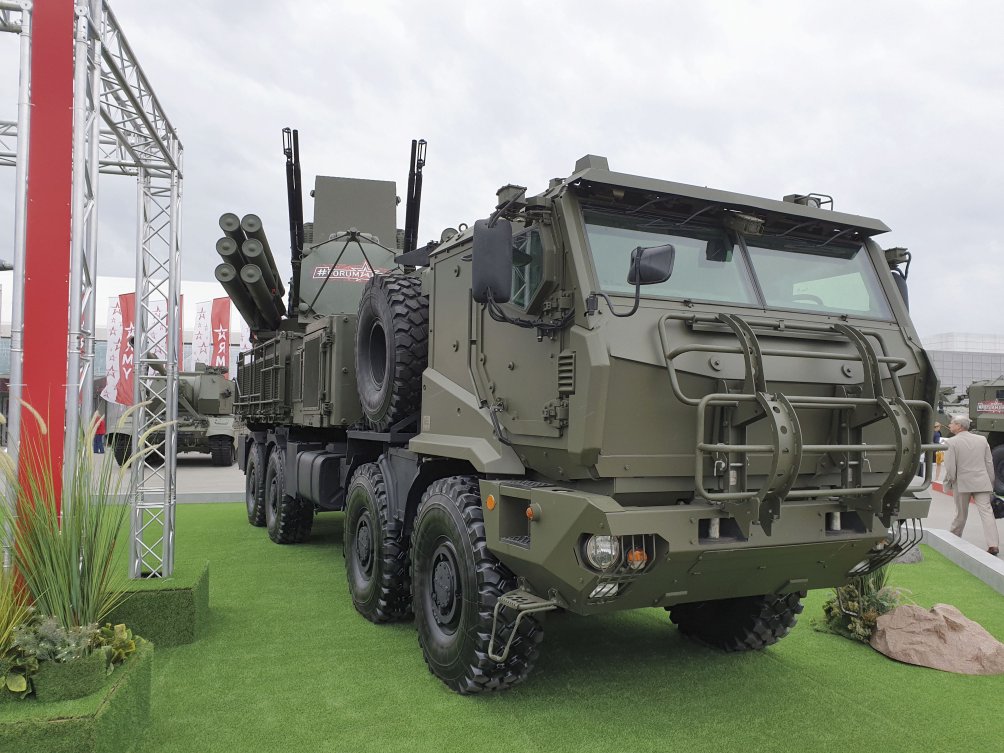 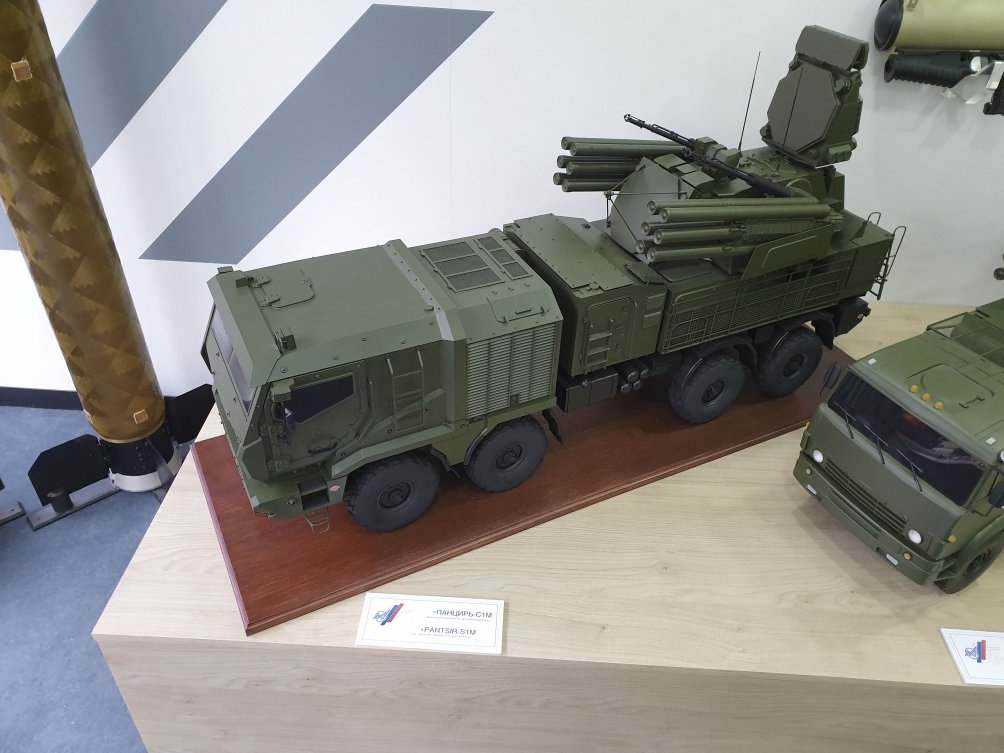