The assembly of Kalashnikov AK-103 assault rifles under licence in Armenia has commenced at the Neutron GAM facility, the country’s government has revealed.

A tour by Prime Minister Nikol Pashinyan, Minister of Defence David Tonoyan and Minister of High-Tech Industry Hakob Arshakyan on 7 July revealed a number of aims for the factory, as well as other defence industrial projects for the Caucasian country.

The new facility will be able to produce up to 50,000 rifles per year, according to a press release by Pashinyan’s office. 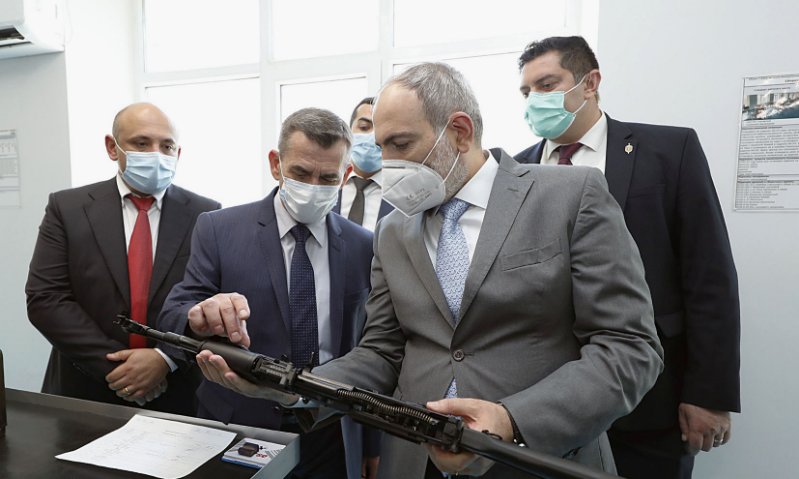 Neutron’s ammunition production lines are also being moved from the company’s current facility in the capital Yerevan to the neighbouring province of Kotayk. Following refurbishment, the facility will be able to produce 7.62 × 39 mm, 7.62 × 54 mm, 12.7 mm, and 9 × 18 mm and 9 × 19 mm ammunition. The modernisation of equipment for the 7.62 × 39 mm, 7.62 × 54 mm, and 12.7 mm production lines is being performed through a USD24 million contract with Russia’s Spetsmashingeneering.