Argentine state aircraft factory FAdeA has resumed its IA-100B basic trainer programme with the signing on 24 August of an agreement with the Financial Aid Institute of the Armed Forces to finance the project.

The IA-100B programme was initiated in 2015 with a technology demonstrator, but came to a halt a year later. 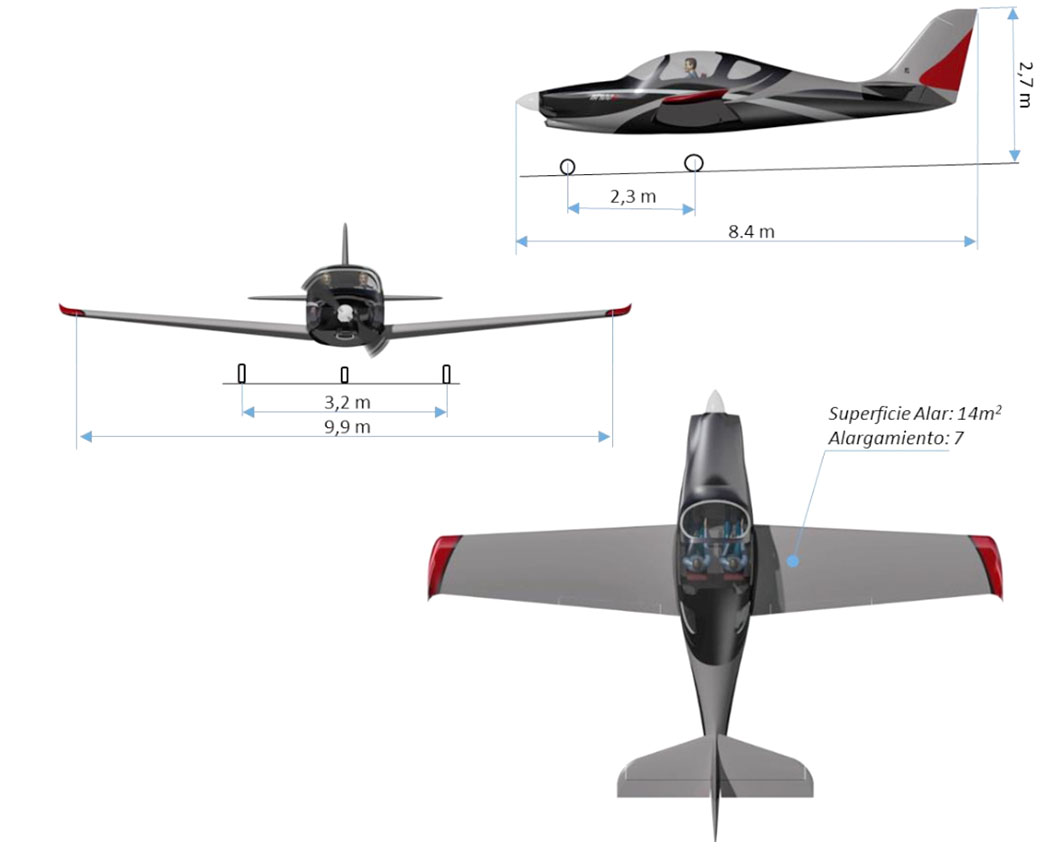 A schematic of FAdeA’s IA-100 trainer, which is the factory’s first programme to reach the prototype stage since the IA-63 Pampa was developed in the 1980s. (FAdeA)

The aircraft, which originally had a two-seat, side-by-side configuration, has now evolved into a three-seat configuration (two in the front row and one in the rear) with a complete redesign of the cabin and other sections.

The restart of the project follows the Argentine Air Force issuing this May an operational requirement for a basic trainer to cover the training stages between the Tecnam P2006 and the AT-6C Texan II training aircraft: a part of the pilot training regime currently performed using flying hours rented from FAdeA-owned Grob 120TPs.

FAdeA expects to take up to 26 months forcertification of the IA-100B, with a development cost of around USD4.5 million.