Boeing has confirmed that its AH-64E Apache attack helicopter has been down-selected for a potential programme in Bangladesh.

Company officials confirmed the development – which points to growing defence ties between the South Asian country and the United States – in a media briefing on 21 January. 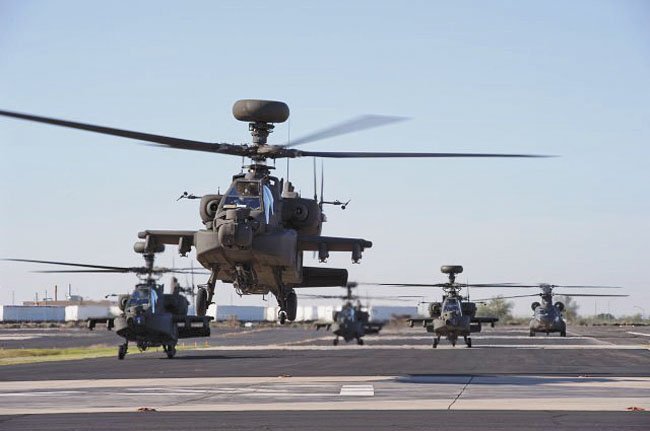 Boeing has confirmed that it is in position to supply its AH-64E Apache attack helicopter to Bangladesh. (US Army)

Boeing’s Terry Jamison, senior manager for global sales and marketing for attack and cargo helicopter programmes, said the programme in Bangladesh is proceeding through a US Foreign Military Sale. He added that Bangladesh is looking to procure the AH-64E through a competitive-bidding process through which the Boeing platform had beaten competitors “on price”.

He said, “[In Bangladesh] we have been down-selected not just based on capability, but we went head-to-head with some of our competitors and we were down-selected based on price.”

Jamison added that Boeing had identified “a lot of opportunities” for other sales of the AH-64E across the Asia-Pacific. He said such opportunities were evident not just in developed markets but also in new and developing markets – such as Bangladesh.

Boeing officials indicated that cost efficiencies in the Apache programme were being achieved through economies of scale and the certainty of long-term modernisation. About 1,200 Apaches are in operation in global markets, said officials, and the platform has been identified by the US government to undergo modernisation through the late 2040s.

A total of 15 countries currently operate the platform, although Boeing expects that number to increase in the near future.

Boeing has confirmed that its AH-64E Apache attack helicopter has been down-selected for a potential...

Bangladesh's Directorate General Defence Purchase (DGDP) has issued a tender in support of the procu...